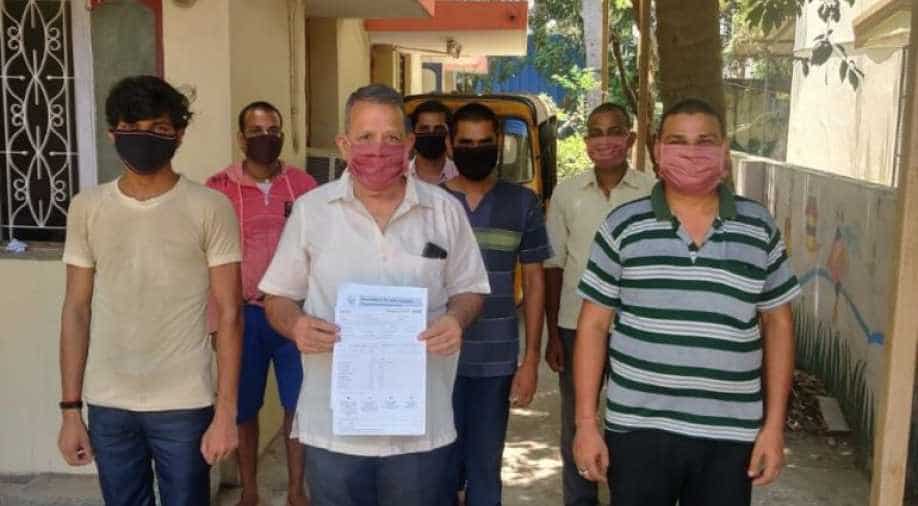 Chennai-bizman flies his workers back home to Varanasi, leaves them speechless Photograph:( WION )

Jain Packers and Movers in Chennai was badly hit after the pan-India lockdown was imposed in late March and their work came to a standstill. But the company has been supporting their staff (mostly unskilled laborers) throughout the lockdown.

When the whole world says ‘desperate times desperate measures’, there are a few among us go the extra mile to care for others, while making them feel safe and happy. The noble initiative of a Chennai-based entrepreneur to fly seven of his migrant workers back home is winning hearts. The group of workers have not only been flown home at his expense, but they were also paid their salaries during the lockdown, despite the business being closed owing to the situation.

Jain Packers and Movers in Chennai was badly hit after the pan-India lockdown was imposed in late March and their work came to a standstill. But the company has been supporting their staff (mostly unskilled laborers) throughout the lockdown.

“April-May is the peak season for our business and the lockdown happened, but our workers were stuck in Chennai, away from their families. Initially, two members took the  Shramik Special trains back home. However, on hearing about their unpleasant journey, we decided to book flight tickets for the rest of them”, Sandeep Jain told WION.

During the lockdown, we were accommodated in an apartment near their office and provided the essentials and paid salaries on time, said the Manager Sanjay Kumar. “Our owner took care of all our expenses and needs during the lockdown and no he has also flown us back home. He even dropped us at the Chennai airport in his own vehicle. We took the flight Monday morning flight, landed in Varanasi by noon and reached home in Prayagraj by night, we are so relieved to see our families after a long time” Sanjay told WION.

The asked on what led him to book flight tickets for his workers, Sandeep jain said that, “they have come here believing us and these men have been with me since the time I started the business four years ago, this is the least we can do for them. When they called me after reaching home, taking their first flight, they were nearly speechless and their joy was palpable”.

The company plans to have their workers back only by late August or September, as the workers can find temporary work in the farms back in their villages after the rains. Sandeep adds that usually the workers come back only after two-month leave, but after he flew them back home, they have agreed to return as soon as the company wants them to.

“The plight of lakhs of workers is quite worrisome, it would be nice if we entrepreneurs can do our bit and help our workers and their families tide out of this crisis at the soonest. It might be a financial burden for us, especially when revenue has gone dry, but we must support them in whatever ways possible”, Sandeep added.