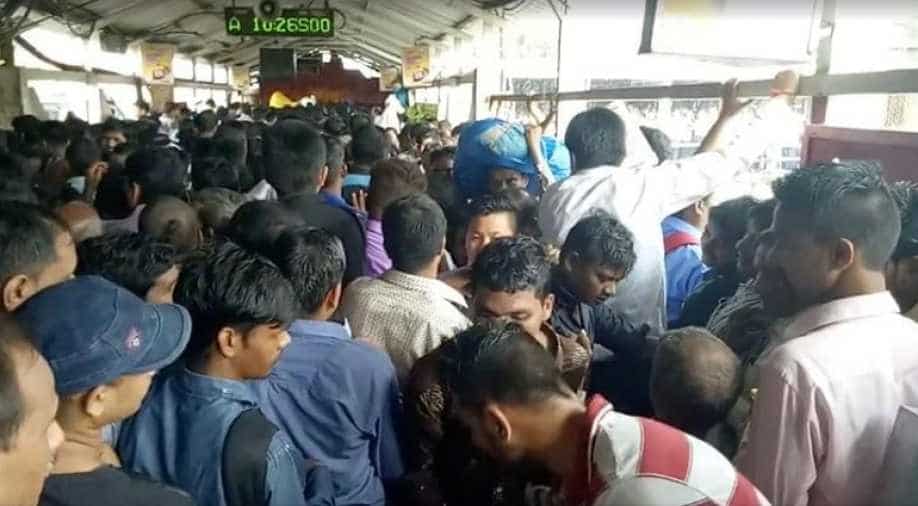 Concluding on a cautionary note, the daily said chaos in the country will likely be controllable owing to the flexibility of its political system. Photograph:( Reuters )

China's state-run daily newspaper Global Times in its op-ed page today said chaos in India is so pervasive that the country seems to be "steeped in disorder".

The article titled: "Born of chaos, India lumbers amid turmoil", the influential China daily wrote "the cause for the chaos in India, to a large extent, is rooted in history. India experienced short-term unity but long-term separation, and endured frequent invasions."

The op-ed piece began its article on "constant choas in India" sighting examples of the recent violence over Dera chief Gurmeet Ram Rahim Singh's conviction and clashes in Darjeeling during the GJM crisis.

"The country has seen frequent military frictions with Pakistan in Kashmir. From diplomacy to people's livelihood, India is caught up in disorder," Global Times said.

The right-leaning newspaper has often published articles against India's foreign policy, especially during India-China standoff at Doklam and the recent visit by US defense secretary James Mattis and Japanese foreign minister Shinzo Abe.

"With the rapid transformation of society, the increasing gap between rich and poor, the fierce competition because of partisan politics, the rising civil rights consciousness, and the amplifying effect of new media, chaos in India will continue to simmer," it said.

"There were countless conflicts, killings and clashes between Hindus and Muslims. It was estimated that the partition of India and Pakistan led to at least 500,000 deaths and made 12 million people homeless. The resulting hatred between the two countries is the main source of conflict in Kashmir nowadays," the article said.

Concluding on a cautionary note, the daily said chaos in the country will likely be "controllable owing to the flexibility of its political system, tolerance of its society, the patience of its people and improved governance".

"It is unlikely that conflict and chaos will evolve into a subversion of its system and bring adversity to its people," the article said in the end.