Bonhomie at the border as India, Chinese forces ring in new year together 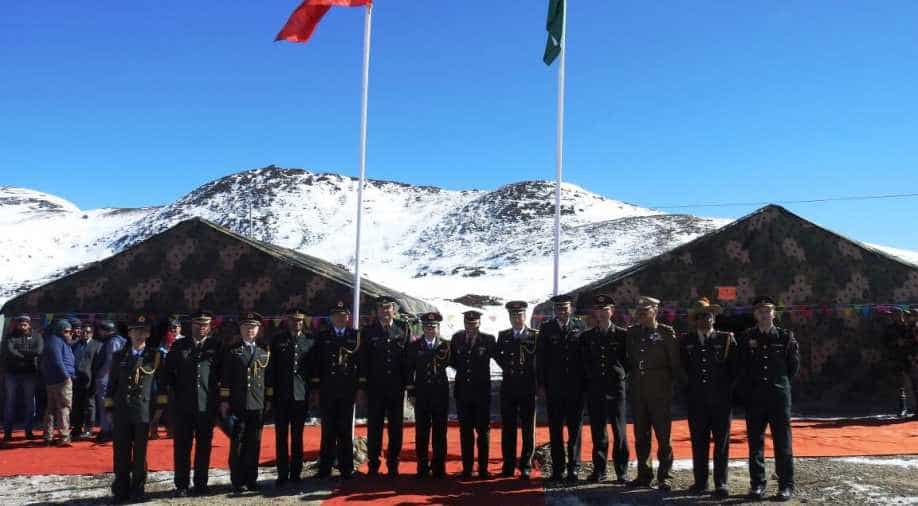 A cultural programme showcasing Chinese culture and traditions were also organised by the Chinese side. Photograph:( WION )

The ceremonial BPM commenced with saluting the national flags, followed by a ceremonial address

Indian and Chinese forces in Ladakh celebrated the new year together with a border personnel meeting taking place with a focus on improving relations at function level at the border. At the invitation of China's People's Liberation Army, a Ceremonial Border Personnel Meeting (BPM) to celebrate the “New Year” took place at Chinese meeting hut at Chushul - Moldo and Daulat Beg Oldi  - 2 Meeting Points in Eastern Ladakh.  The Indian delegation was led by Maj Gen Sanjiv Rai and Col SS Lamba and the Chinese Delegation by Sr Col Liu Hou Jie and Col Song Zhang Li respectively.

The ceremonial BPM commenced with saluting the national flags, followed by a ceremonial address. According to Indian Army release, "the address reflected the mutual desire of maintaining and improving relations at a functional level at the border." The release added, "Both sides sought to build on the mutual feeling to maintain peace and tranquillity along the border."

A cultural programme showcasing Chinese culture and traditions were also organised by the Chinese side.

The Ceremonial Border Personnel Meeting was held in the backdrop of successful conduct of Exercise Hand-in-Hand at Chengdu in China in December where troops of both the countries participated in joint exercises and shared ground experiences.

2018 is considered the year when India and China "reset" the ties after the Doklam incident in Bhutan in 2017. Doklam incident was an over 2 months long standoff between the Indian and Chinese forces when the Chinese army tired to build a road on Bhutanese territory.

April 2018 saw the famous informal Wuhan summit between Indian Prime Minister Narendra Modi and Chinese President Xi Jinping. Both the leaders met 4 times in 2018--starting with Wuhan summit in April, followed by bilateral meets on the sidelines of SCO summit in China, BRICS summit in South Africa and G20 Summit in Argentina.

Chinese President Xi will be visiting India this year for the 2nd informal summit.