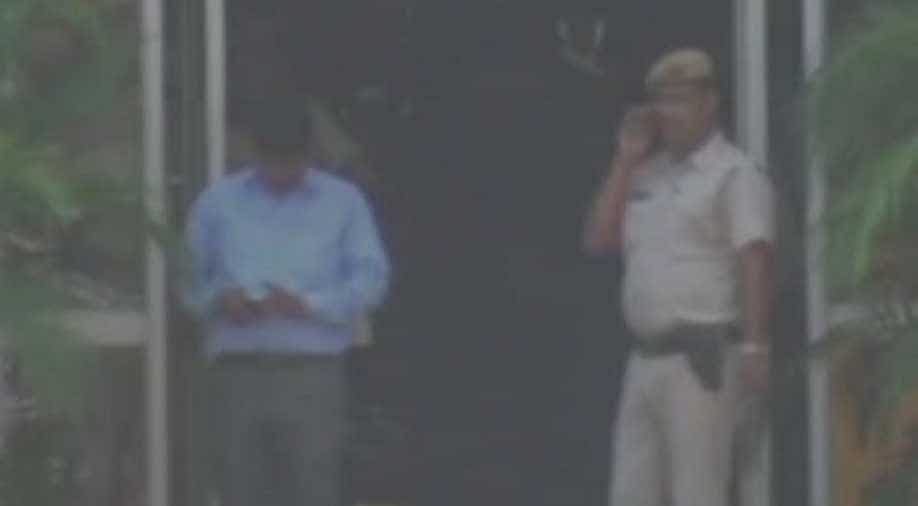 'It is a clear case of murder, don't know what happened but I am sure its murder,' the boy's father said.? Photograph:( ANI )

The body of a class 2 student has been found inside a toilet at Ryan International School in Bhondsi in Gurgaon.

The Indian Express said the seven-year-old boy has been identified as Pradhuman Thakur.

It added that a knife had been recovered from the scene of the crime.

News reports said the boy's throat had been slit, and that he was found dead a little after his father dropped him off at school.

"It is a clear case of murder, don't know what happened but I am sure its murder," ANI reported the boy's father Varun Thakur as saying.

The seven-year-old boy reportedly had his throat slit. A knife has reportedly been recovered from the scene. (ANI)

It is a clear case of murder, don't know what happened but I am sure its murder: Varun Thakur,father of victim #Gurugram pic.twitter.com/rmDGB5HYkL

#Gurugram Parents sit in protest at police commissioner's office after body of a Class II student was found at Ryan International School pic.twitter.com/dcsad7l1e2

Police has registered a case of murder. School bus driver and school staff being questioned by the Police: Sources #Gurugram

News reports said hundreds of parents gathered outside the school on hearing the news, and protested against the school management.

This is not the first death to take place at a Ryan International school.

In CCTV video footage, Divyansh was seen playing on the school playground a few minutes before his body was found in the water tank.