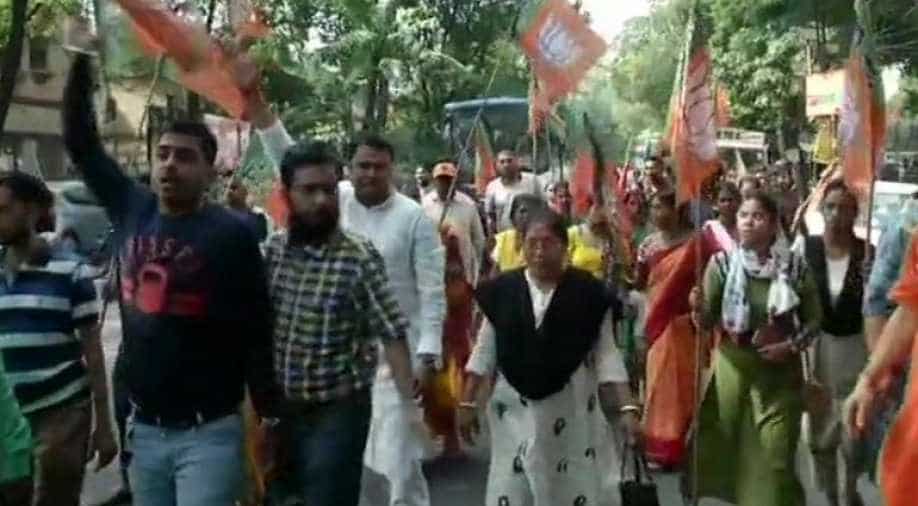 Members of the Bharatiya Janta Party (BJP) protested across major Indian metropolises including New Delhi, Kolkata, and Mumbai over the scorn faced by the Indian government after their decision to purchase Rafale jets from France in a multi-crore deal.

The party workers demanded apologies from Rahul Gandhi, the former president of the Indian National Congress as well as Arvind Kejriwal, the Chief Minister of Delhi.

The protests erupted after the dismissal of Rafale review petitions in the Supreme Court. The court dismissed pleas that sought a review of the December 14, 2018 verdict which gave a clean-shit to the central government. Additionally, the court said that there was no occasion to doubt the decision-making process in how 36 Rafale jets would be procured from Dassault Aviation over time.

According to ANI, BJP workers in Kolkata tore and defaced posters of Rahul Gandhi while urgently demanding an apology.

Maharashtra BJP chief Chandrakant Patil joined the increasing demands for an apology from Rahul Gandhi and said, "Rahul Gandhi should apologise to PM Modi for creating an issue over the deal and accusing him of false things. After the court's verdict, Rahul Gandhi apologized in the Supreme Court. He must now apologise to the public as well".

Meanwhile, Rahul on Thursday reiterated Congress' demand for an investigation by a Joint Parliamentary Committee (JPC) into the Rafale fighter jet deal with France.

Additionally, BJP workers in Delhi stormed the offices of both the Congress as well as the Aam Aadmi Party (AAP). Outside the AAP office, party workers demanded an apology from Arvind Kejriwal, another prominent voice of criticism during the Rafale debacle.