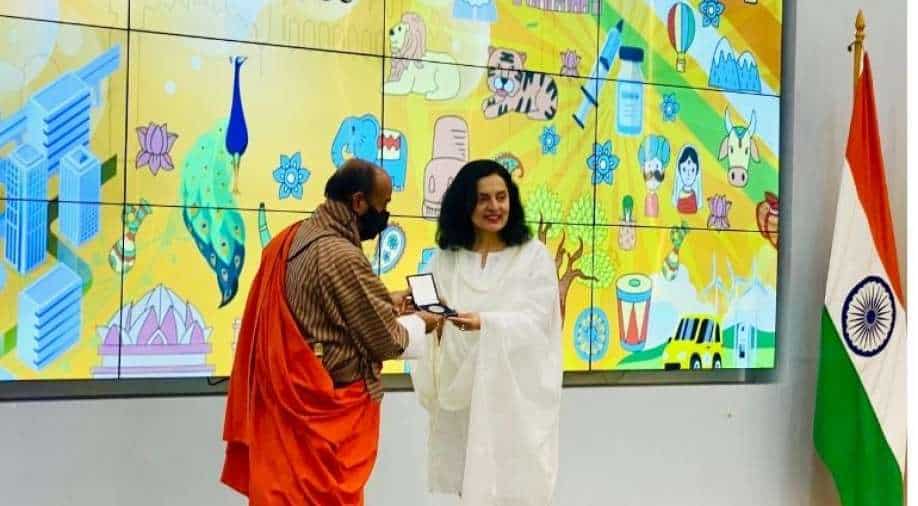 Mangdechhu project was awarded was because of its social and environmental credentials Photograph:( WION )

The Brunel medal is historically given to major projects and organisations from across the world.

Bhutan's India-assisted Mangdechhu Hydroelectric Project was conferred with the Brunel medal awarded by the Institution of Civil Engineers (ICE) in London on Thursday.

The award is given as a mark of excellence in civil engineering within the industry and was handed over by the Indian envoy to Bhutan Ruchira Kamboj to the chairman, Mangdechhu Hydroelectric Project Authority, Lyonpo Loknath Sharma. One of the reasons the Mangdechhu project was awarded was due to its social and environmental credentials.

Ruchira Kamboj said, "The project will reduce 2.4 million tonnes of greenhouse gas emissions each year. Bhutan and India in the past have collectively resolved to increase the hydropower energy capacity of Bhutan to 12000 MW". She added, "India seeks to partner with Bhutan in renewable energy generation, solar and wind. As climate responsible developing country, India has been at the forefront of the fight against climate change."

The Brunel medal is historically given to major projects and organisations from across the world. The 2020 edition of the prize went to the Mangdechhu Hydroelectric Project – a collaboration between Indian and Bhutanese governments.

Pointing to revenue generation of Rs. 21,932.2 million, Lyonpo Loknath Sharma, Bhutan's economic affairs minister (also chairman, Mangdechhu Hydroelectric Project Authority) said, "It was done with the best engineering...we will continue to do well, continue to cooperate in this field".

The 720 MW Mangdechhu Hydroelectric Power Project was inaugurated by PM Modi during his August 2019 visit to the country.

The project will produce 720MW of clean electricity for millions and provide an additional 44 per cent of electrical power generation on the hydro generation capacity of Bhutan.

The project has created 500 new jobs in Bhutan and schools and health facilities benefited from upgraded infrastructures such as drinking water facilities and irrigation channels. The event coincided with the Indian embassy in Bhutan's special week on India at 75 being celebrated in Thimphu from August 2-9.