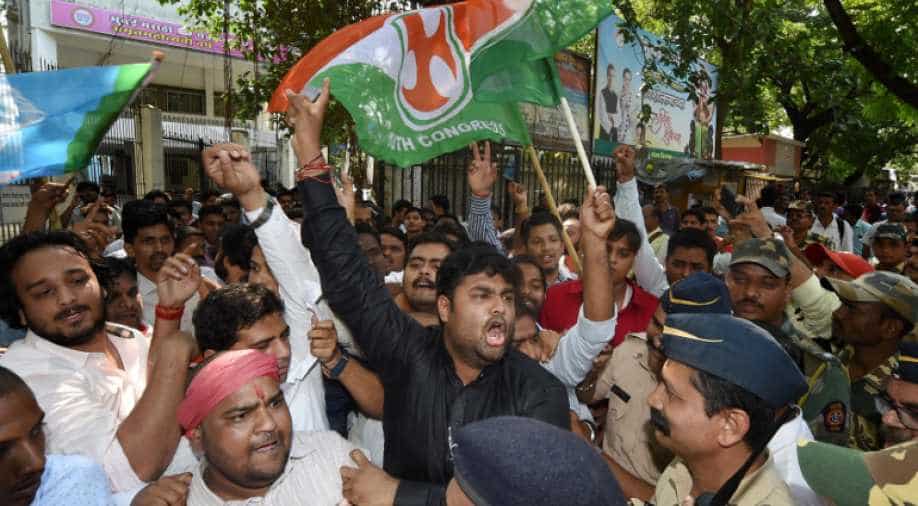 Youth Congress workers raise slogans against Prime Minister Narendra Modi and UP Chief Minister Yogi Adityanath during a protest against the police lathicharge on female students of the Banaras Hindu University (BHU) in Mumbai on Monday (September 26 Photograph:( PTI )

Banaras Hindu University (BHU) vice-chancellor Girish Chandra Tripathi has denied that a woman student of the university was sexually harassed, instead dismissing the incident as a simple case of "eve teasing" in an interview to a media outlet.

The vice-chancellor has also alleged that the incident, which took place last Friday, was "deliberately" planned a day before Prime Minister Narendra Modi's visit to his home constituency Varanasi.

In an interview to The Indian Express, the vice-chancellor also said that the persons who triggered the incidents had "vested interests and ulterior motives."

He said the victim was also of the opinion that the issue was being politicised, the media outlet reported.

The incident led to widespread outrage and protests by students of the university resulting in clashes and ensuing lathicharge by the police.

Tensions worsened after a mobile video that showed a policeman charging towards women protesting at a hostel and two others beating a woman student protesting at the gates of a hostel went viral on Saturday.

The policemen have been removed and an inquiry ordered after PM Modi and BJP chief Amit Shah spoke with Uttar Pradesh chief minister about the incident.

The vice-chancellor has been criticised for victim-shaming, the media outlet reported.