Battle between big-small brother and triumvirate: Jyotiraditya Scindia on bypolls 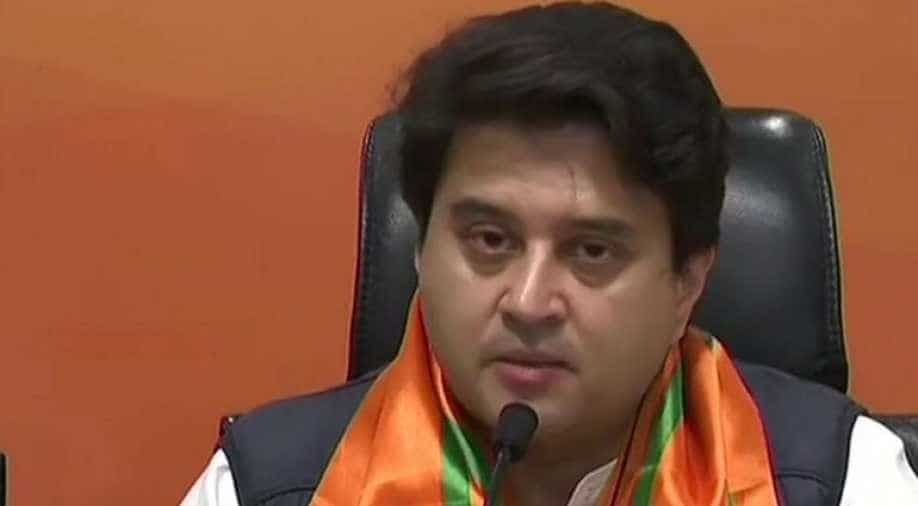 BJP Rajya Sabha MP Jyotiraditya Scindia on Monday said the upcoming assembly bypolls in Madhya Pradesh are crucial as their outcome will decide the future of the state, and sought to portray them as a "bada-chota bhai" versus "trimurti" battle for leadership.

He said the bypolls will decide whether people want the leadership of "bada-chota bhai" (an apparent reference to Congress veterans Kamal Nath and Digvijaya Singh) or that of trimurti (triumvirate, a reference to chief minister Shivraj Singh Chouhan, BJP leader Narendra Singh Tomar and Scindia).

Bypolls are due on more than two dozen seats in Madhya Pradesh but their schedule is yet to be announced.

The former Union minister, who quit the Congress in March and later joined the BJP, was speaking on the last day of BJP membership drive in his bastion Gwalior.

Referring to development of the region, Scindia said Chouhan sanctioned schemes worth Rs 110 crore for development of Gohad (a constituency in Bhind district), but Kamal Nath, during his tenure as chief minister, always complained about shortage of funds."

From where money has come now? Scindia asked.

"After 15 years, when the Congress government was formed in the state (in 2018), out of the 34 seats in the Gwalior-Chambal region, 26 were won by the Congress. The contribution of this region (in Congress victory) was immense," he said.

But in 15 months (of the Congress rule), everyone has watched what has happened. We have no greed for chair or power, but it was a question of justice, pride and development," Scindia said, apparently referring to his decision to quit the Congress.

"The coming bypolls will decide the future of Madhya Pradesh. Whether people want 'bada-chota bhai' or trimurti of Chouhan, Tomar and himself.

"Those who remain with people during their good and bad days or those indulging in corruption and exchange of money, Scindia said.

Praising Chouhan for his leadership skills, he said It is not an easy task to remain chief minister for 13 long years. It is possible only when you actually have made a place for yourself in the hearts of people."

The Congress should have drawn a bigger line than the BJP after coming to power, it drew a big line but that of corruption and unfulfilled promises, Scindia alleged.

The coming bypolls will be a fight for justice and honour and those who did not remain in the midst of people when needed have no right to seek votes from them, he said.