Baadshaho movie review: This heist film is a train wreck 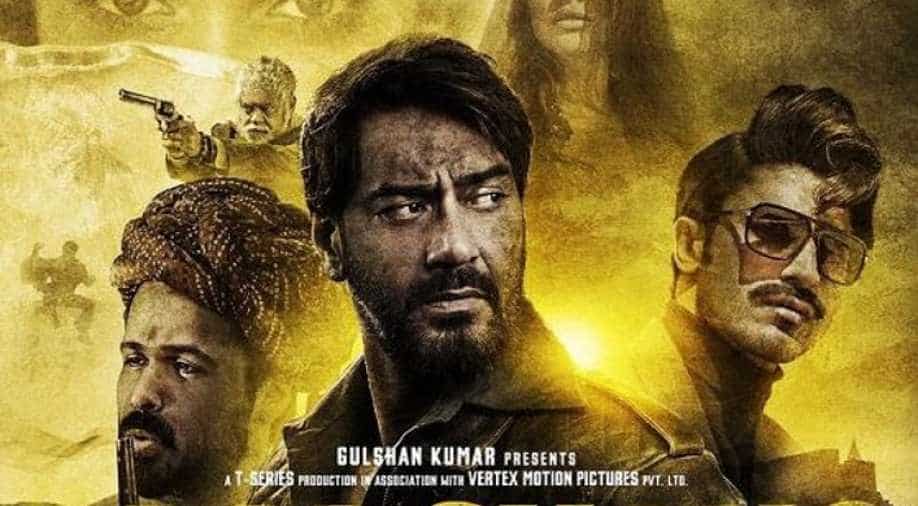 The Ajay Devgn-starrer will remind you, instantly, of the Amitabh Bachchan blockbusters of the ?70s and ?80s. Photograph:(Bollywoodlife.com)
Follow Us

This year has seen quite a few big budget failures, that too of big stars, be it Salman Khan’s Tubelight, Shah Rukh Khan’s Jab Harry Met Sejal or even Akshay Kumar’s Toilet – Ek Prem Katha. So all hopes were pinned on the broad shoulders of Ajay Devgn, who is returning with Milan Luthria and Emraan Hashmi after the much loved Once Upon A Time In Mumbaai. Let’s find out if the film entertains or not.

Set against the backdrop of 1975 Emergency period, the film is about the robbery of a truck full of gold which belongs to the queen, Gitanjali (Ileana D’Cruz). The gold is being seized by a politician in power, Sanjeev (Priyanshu Chatterjee) Gitanjali, asks Bhawani Singh (Ajay Devgn), her personal bodyguard cum lover to steal the gold in the broad daylight as it belongs to her. Bhawani Singh takes help from Dalia (Emraan Hashmi), Guruji (Sanjay Mishra) and Sanjana (Esha Gupta). However, there is one person who’s standing between them and gold, Seher Singh (Vidyut Jammwal). What happens next forms the rest of the film.

The film will instantly remind you of those Amitabh Bachchan’s blockbuster of the ’70s and ’80s. There is Ajay Devgn, who carries a ‘resignation’ letter with him, in case he dies because life is all about four days and he lives every day as his 4th day. He has a great screen presence and does his role full justice. His accent, too, is on point. However, the same can’t be said about his character arc, but more on that later. Ileana D’Cruz surprised me with her nuanced performance, she’s a treat to watch. Sanjay Mishra elicits a few chuckles. However, it was Emraan Hashmi, who gets the best role and maximum cheers from the audience. After a long time, he is in his zone in this one and it can’t get better than this for his fans. He gets the best lines.

The action sequences are good. In fact, the whole first half is first rate. The heist scene is well handled and the whole planning that leads to the heist, keeps the audience hooked.

The background score adds weightage to the film and the cinematography is good too.

This film brings back the genre most of us enjoyed back in the day. But it breaks my heart to see Milan Luthria losing the plot midway. After an interesting first half and that interval twist, you are on the edge of your seat only to see the film go downhill from there.

The whole story about the gold heist is done in the first half itself but what after that? The second half is extremely slow and takes too much time till the climax. The whole lock-breaking scene is too long for its own good and the follow up to that scene where they are melting the gold, for some reason, is shown in detail, which is oddly satisfying but was so not required.

Vidyut Jammwal is good in his part but it’s difficult to look beyond his fake mustache, that looks straight outta local ‘nukkad naatak.’ Esha Gupta just can’t act. The scene where she cries in front of Emraan Hashmi actually made the audience break into laughter. Ajay Devgn’s character is a typical brooding hero and offers nothing new.

The dialogue play is good but all of them were there in the trailer and the film offered nothing new.

One could’ve let it all slip away if the climax was resounding but the abrupt ending acts as the final nail in the coffin.

In the end it is the shoddy editing and execution in the second half that acts as a spoilsport. Also, anyone could have seen that twist towards the climax.

Overall, the film is an opportunity lost, despite Ajay Devgn’s aura, Emraan Hashmi’s charisma and Ileana D’Cruz’s great performance, it’s a botched up job at best.