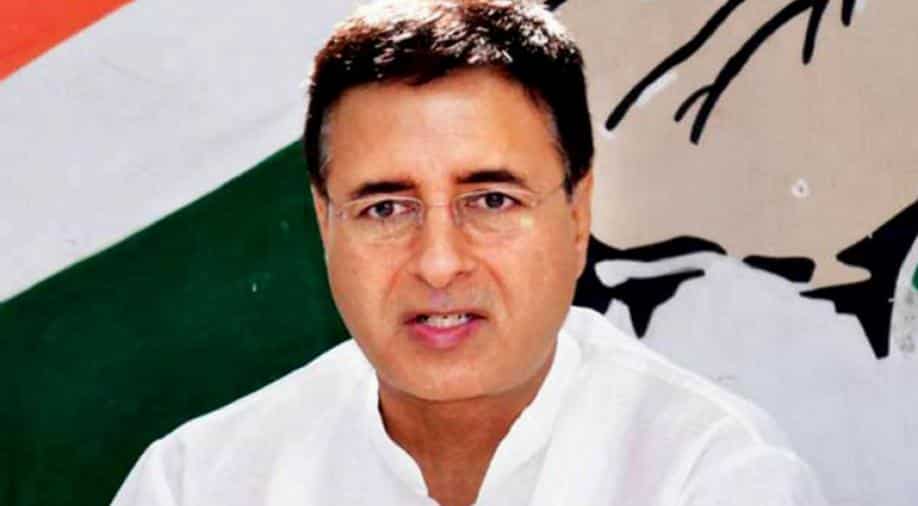 Party spokesperson Randeep Surjewala said that his party was in favour of the construction of Ram Temple.

The Congress on Saturday said it respects the verdict of the Supreme Court in the Ayodhya case and appealed to all parties and communities to abide by the secular values and maintain peace and harmony, reported news agency ANi.

In a statement after meeting of Congress Working Committee, the party said it is the responsibility of every person to reaffirm the tradition of mutual respect and unity that has defined Indian society through the ages.

The meeting of CWC, which is the highest decision-making body of the Congress, started in the morning ahead of the verdict of Supreme Court in the Ayodhya case.

"The Indian National Congress respects the verdict of the Supreme Court in the Ayodhya case. We appeal to all the parties concerned and to all communities to abide by the secular values and spirit of fraternity enshrined in our Constitution and to maintain peace and harmony," the statement issued by CWC said.

"It is the responsibility of each one of us to reaffirm our tradition of mutual respect and unity among all that has defined our society through the ages," the statement added.

The meeting of CWC, earlier slated for Sunday, was preponed in view of the verdict of the apex court in the Ayodhya case.

Party spokesperson Randeep Surjewala said that his party was in favour of the construction of Ram Temple.

Taking a swipe at BJP for politicising the Ram Temple issue, he said ''This judgement not only opened the doors for the temple's construction but also closed the doors for BJP and others to politicise the issue''.

A constitution bench of the Supreme Court, presided over by Chief Justice of India Ranjan Gogoi, on Saturday directed the central government to form a trust for construction of the temple and said the five-acre plot of the suitable plot be allotted to Sunni Waqf Board for construction of a mosque.