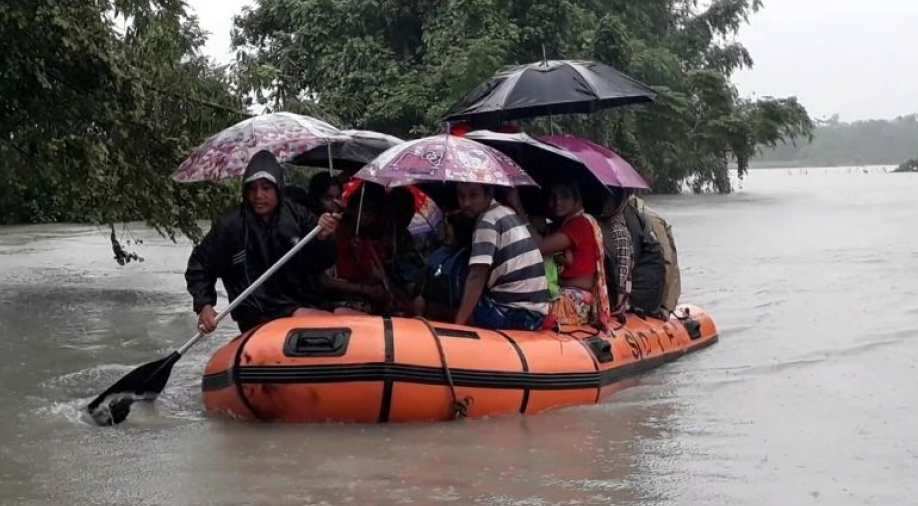 The Brahmaputra river, which flows from the Himalayas into India and then through Bangladesh, has burst its banks, swamping more than 1,800 villages in the state.

At least 10 people were killed in flash floods in the past 72 hours and over a million has been displaced as heavy monsoon rains battered Assam, reports said on Saturday, warning the situation could worsen in coming days.

The Brahmaputra river, which flows from the Himalayas into India and then through Bangladesh, has burst its banks, swamping more than 1,800 villages in the state.

"10 people have died in separate incidents of drowning in the past three days and more than one million people (have been) affected, with the flood situation turning grave," a state government flood bulletin said.

Torrential rains have affected at least 25 of Assam's 32 districts and the federal water resources body said water levels in the Brahmaputra were expected to rise, with more rains forecast over the next three days.

National Disaster Response Force (NDRF) teams conducted rescue operations and evacuated around 150 villagers who were stranded in Balipur Char of Baksa district in the state.

Meanwhile, Union Home Minister Amit Shah chaired a high-level review meeting over the current flood situation in different parts of the country and preparedness of the states and Central ministries concerned to deal with the situation.

After the meeting, Shah directed the senior officers to take every possible measure to deal with the situation arising out of South-West Monsoon in the country and to extend all necessary assistance to the flood-affected states.

Assam, known for its fine quality teas, has for several years battled floods and heavy rains that have claimed dozens of lives and displaced hundreds of thousands of people.

Assam is on a maximum alert due to heavy rains forecast over the next few days.