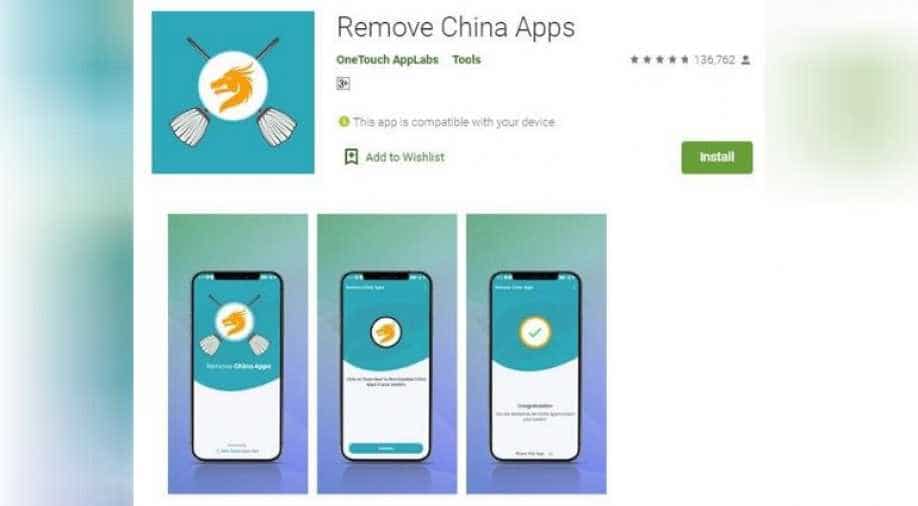 At a time, when the sentiment is growing in India to boycott China-made products over tensions in Indo-China border and Beijing's mishandling of coronavirus, a new app has gone viral that claims to remove Chinese apps.

'Remove China Apps' is available on Google Play Store and currently leading the chart of its top free apps. The app was launched on May 17 and has been downlaoded by over 10 million users.

Describing itself as an application being developed for "educational purposes", the app claims to scan and find other installed Chinese applications in the phone. "Our object is to develop world class products in India," the description of the app on the Play Store says.

Remove China Apps is presently only available on Android.

Once the application gets installed, one just needs to tap the 'Scan Now' button, which will show a list of Chinese apps installed on one's phone. After the list is shown, one can delete the taps by tapping on the bin icon displayed next to the application name.

However, a user needs to permit this app to uninstall other applications.