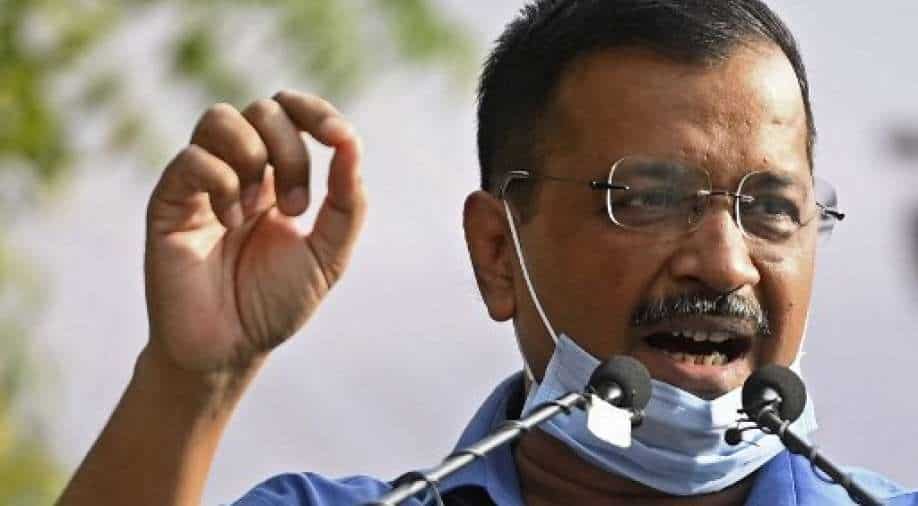 With a better party structure, the Aam Aadmi Party (AAP) is now eyeing Uttar Pradesh (UP) in the upcoming assembly elections. States like UP, Uttarakhand and Punjab are on the top agenda for the party. The results in these states will determine if AAP can expand its leadership umbrella beyond Delhi and achieve ‘national party’ status.

When AAP's President, Arvind Kejriwal announced that his party would contest the UP elections in 2022, he highlighted how the state has been drowned in corruption. He spoke about how the state leaders are hampering the state’s development. With this, Kejriwal also spoke about the very known Delhi model and how it garnered success - a way by which Kejriwal plans on winning the seat in UP.

“If government hospitals in Delhi can improve, people here can get free electricity 24*7, why can’t the same happen in UP?" he said during his speech.

Even after the party has become visible on the political circuit under Sanjay Singh (face of the UP poll campaign), there are multiple challenges that it can encounter.

Delhi’s model of governance is not sufficient

AAP's performance in many other states like Haryana and Maharashtra has already shown that their Delhi model is not enough to expand as a national party. Earlier n 2019, the party got fewer votes than those cast in favour of NOTA. According to the Election Commission, most candidates of the party secured less than 1,000 votes in the two states.

A battle against the very well established BSP and SP

In Delhi, AAP was fighting primarily against one opposition party, which is, the Bhartiya Janta Party. This is where it managed to gather support from different religious communities, including Muslims, Sikhs and Dalits.

However, in its fight in UP, Kejriwal-led AAP will have to battle against Mayawati’s Bahujan Samaj Party (BSP) and the Samajwadi Party (SP). While BSP retains its support among the Dalits, SP is still known for the support it has garnered from the Muslim and Yadav community.

AAP was born out of India Against Corruption campaign led by social activist Anna Hazare. After the party was elected in the 2013 assembly election in Delhi, it gave up power after just 49 days of running the government as it wanted to contest all the Lok Sabha seats during the 2014 general elections. This raised a lot of questions on the party president Kejriwal.

Will SP-AAP alliance remain an option?

Earlier last month there were speculations of an AAP and SP alliance, following a meet up between SP chief Akhilesh Yadav and Sanjay Singh. A report by The Print suggests that senior members of both parties met multiple times to discuss the seat-sharing plans. However, they could not reach a consensus.

“The idea of an alliance is not working. We will contest in all 403 seats on our own now,” Sanjay Singh was quoted in a report by The Print.

Top leaders of both parties have not yet revealed the reason behind the talks not working out. However, a senior SP leader on the condition of anonymity said that SP, during the talks realised that they were not gaining anything as AAP does not have a specific support base in the state.