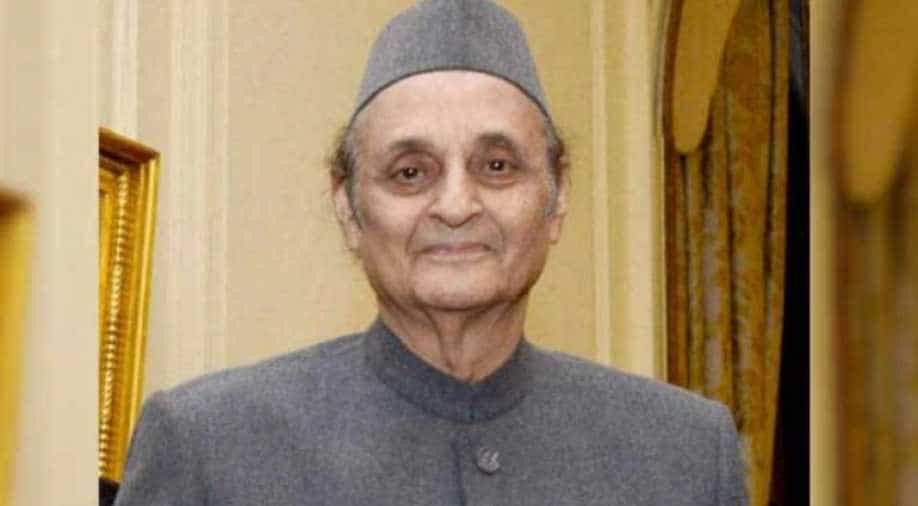 Karan Singh said that a lot of people genuinely want Rahul to carry forward the party but one must honour his desire.

Warning that the Congress party will disintegrate if no action is taken soon, Karan Singh on Monday pitched for the appointment of an interim president until the next election of the party.

"I strongly urge the Working Committee to meet without delay, perhaps under the chairmanship of former Prime Minister Dr Manmohan Singh and take necessary decisions. These would include an interim Congress party president until the next party elections," he said in a statement on Monday.

"In my view, four Working Presidents/Vice Presidents, one each for the four zones - North, South, East, and West. This would enable the introduction of younger people into positions of authority," he added in the statement.

"The longer the present uncertainty remains, the more will our workers and voters around the country be demoralised. The negative cycle must be reversed before it is too late," Singh further said the in the statement.

Speaking to ANI exclusively, Singh said he has not suggested any names for the posts.

"I have not suggested any names. I did not want to mention any names as it will be a decision of the party as a whole," he said.

"The Congress party seems to be in disarray after Rahul Gandhi's resignation. Instead of moving forward, we wasted over month pleading him not to resign. He is an intelligent man. If he wants to resign, let him do so," he said.

He said that a lot of people genuinely want Rahul to carry forward the party but one must honour his desire.

Responding to the argument that many people claim the Congress will disintegrate if Rahul steps down from the post of president, he said, "That is a self-fulfilling prophecy. I say the reverse. If you do not do something soon, then the party will disintegrate."

Singh further stressed that there would be no opposition if the Congress party gets disintegrated.

"It is a fact that we are in a difficult situation. It is important the Congress should revive not only for the party itself, which has a very old and distinguished background but also for democracy. In a democracy, you need a strong opposition."

"If the Congress party disintegrates, which party is going to provide strong opposition? If something like this happens, then there will be only regional parties. So, it is important for the Congress to get its act together and move forward," he said.

Replying to a question if the Congress party would move ahead without Gandhi scion, he firmly said, "Why not, I see no reason. We need to bring younger people to the party. It should be a judicious mix."