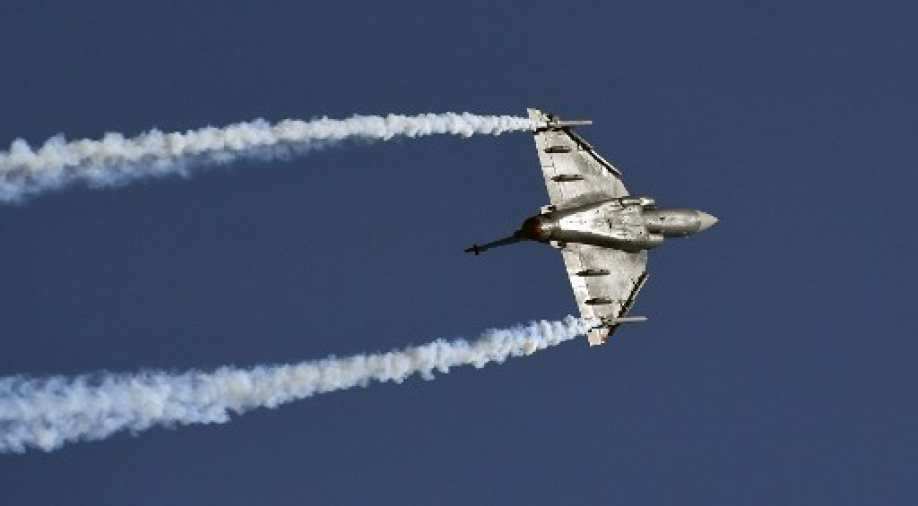 An Indian Air Force (IAF) Light Combat Aircraft Tejas flies past during the Air Force Day parade at an IAF station in Ghaziabad, on the outskirts of New Delhi, on October 8, 2019.  Photograph:( AFP )

"The LCA Tejas was deployed by the Indian Air Force on the western front close to the Pakistan border to take care of any possible action by the adversary there," government sources told.

In a significant achievement for the indigenous fighter aircraft programme, the Indian Air Force (IAF) deployed the home-grown Light Combat Aircraft (LCA) Tejas on the western front along the Pakistan border given the tensions with China on the Ladakh front.

"The LCA Tejas was deployed by the Indian Air Force on the western front close to the Pakistan border to take care of any possible action by the adversary there," government sources told.

The first LCA Tejas squadron, 45 Squadron (Flying Daggers) based out of Sulur under the Southern Air Command, was deployed in an operational role there, the sources said.

The indigenous Tejas aircraft had been praised by Prime Minister Narendra Modi during his Independence Day speech where he had stated that the deal to buy the LCA Mark1A version was expected to be completed soon.

The Indian Air Force and the Defence Ministry are expected to finalise the deal for the 83 Mark1A aircraft by the end of this year.

Given the Chinese aggression on the borders, the IAF had deployed its assets all along the borders with both China and Pakistan.The forward airbases of the force have been equipped to take care of situations along the western and northern fronts and have seen extensive flying operations in the recent past, including both daytime and night operations.