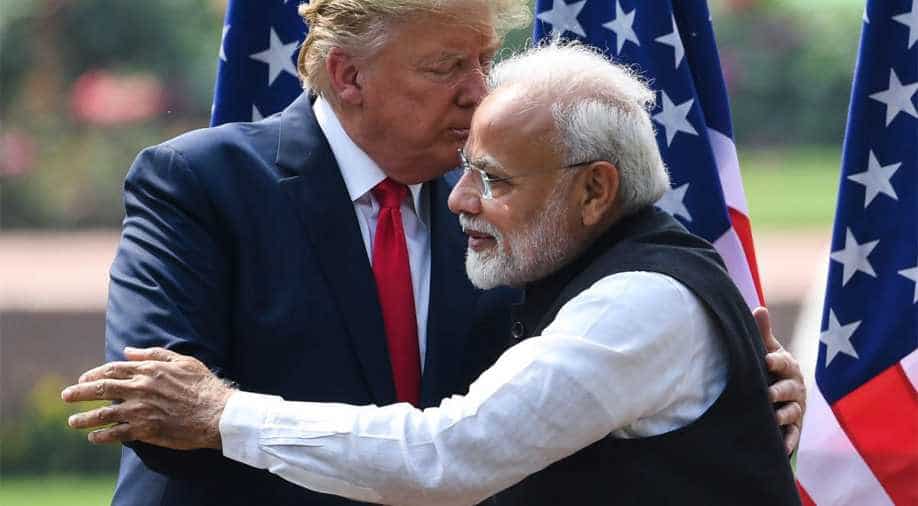 US President Donald Trump thanked "friend" Indian Prime Minister Narendra Modi for his greetings on the 244th anniversary of the American Independence Day.

Earlier, PM Modi tweeted: "I congratulate US President Donald Trump and the people of the USA on the 244th Independence Day of the USA."

"As the world's largest democracies, we cherish freedom and human enterprise that this day celebrates."

Independence Day is annually celebrated in the United States on July 4 and is often known as "the Fourth of July".

This year the day is marred by a couple of factors -- the rising number of coronavirus cases in the country, the Black Lives Matter movement and Trump's Mt Rushmore speech.

Both world leaders share a strong bond and often call each other "friend".