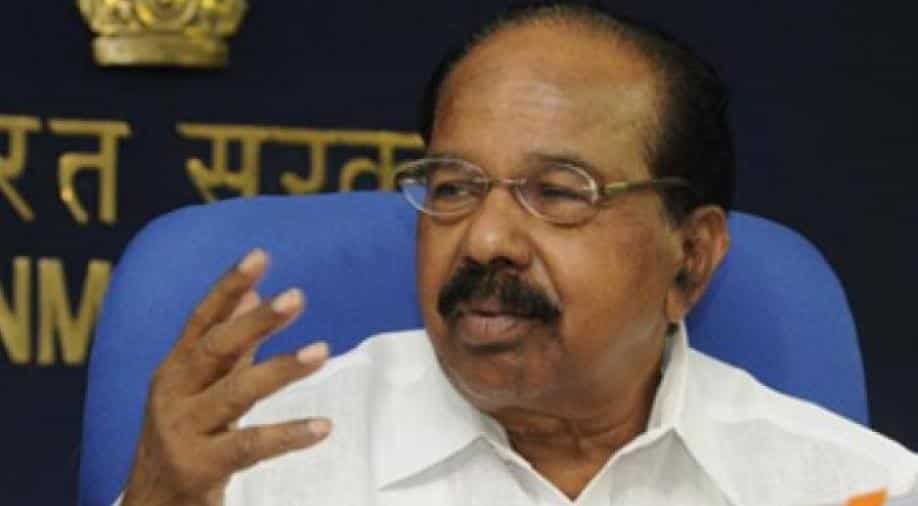 He also claimed the Congress will win at least four of the five states where assembly elections will be held over the next two months.

Senior Congress leader M Veerappa Moily said Tuesday the BSP and the Samajwadi Party would be part of the grand alliance of opposition parties against the BJP-led NDA in the next year's Lok Sabha polls.

He also claimed the Congress will win at least four of the five states where assembly elections will be held over the next two months.

The former union minister's statement followed Samajwadi Party president Akhilesh Yadav's comment last week that his party would not wait for the Congress to decide on an alliance for the Madhya Pradesh elections any longer, hinting that he could go for a tie-up with Mayawati's BSP.

The SP's snub to the Congress came days after Mayawati ruled out a poll pact with the main opposition party for assembly elections in Rajasthan and Madhya Pradesh.

Speaking to PTI, Moily said the proposed grand alliance was meant for Lok Sabha elections and not the state assemblies.

In state elections, parties have their own compulsions, he said.

"Our main ambition is to see that in parliamentary elections the opposition is united and we are likely to achieve that target," Moily said, exuding confidence that both the BSP and SP would be constituents of the grand alliance for the Lok Sabha polls.

Moily, a former Karnataka chief minister, claimed that votes would get polarised between the Congress and the BJP in Madhya Pradesh, Rajasthan and Chhattisgarh assembly elections.

Moily said the Congress would win the Rajasthan elections and have an edge over the BJP in Madhya Pradesh.

"In Chhattisgarh, it's 50:50. There, it (the result) depends on our (poll) management...Selection of candidates," he said. "We are going to win in Mizoram," he asserted.

Moily also claimed that the Congress would bag Telangana in alliance with the TDP, CPI and other opposition parties.

"Chances are that out of the five states going to polls--Madhya Pradesh, Rajasthan, Chhattisgarh, Mizoram and Telangana--the Congress is going to win at least four," he said.

On the prime ministerial candidate of the grand alliance, he said the issue might not arise because no party in the proposed grouping would insist on that.

"Ultimately, we will have to fight on the issue that we should defeat BJP and communal forces, that's the only issue. Leadership... Who should become prime minister, will be taken up at an appropriate time. That should not block the opposition unity," Moily said.