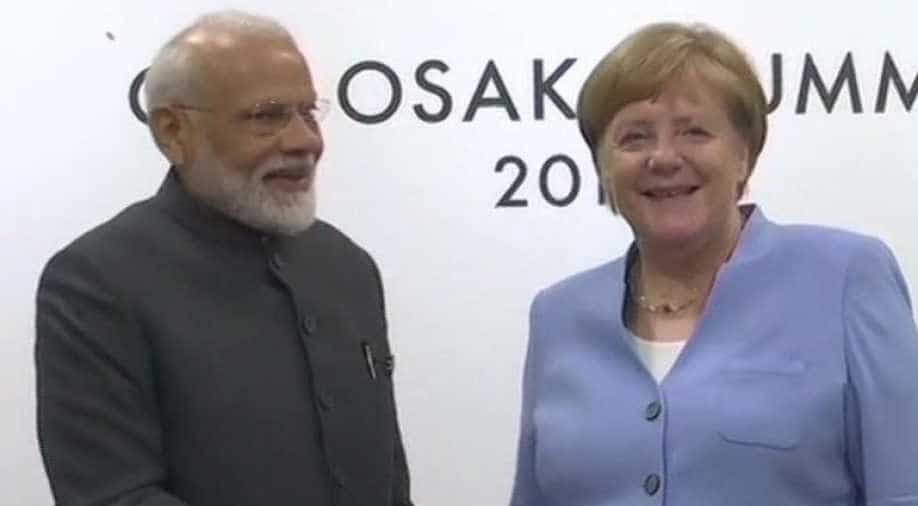 While Chancellor Merkel last visited India in October 2015, PM Modi has been to Germany four times.

German Chancellor Angela Merkel will be visiting India from October 31 to Nov 2 to participate in the 5th Biennial Indo-German Integovnmental consultations (IGC).

Ahead of the visit, the German Chancellor lauded India which she called "the largest democracy in the world" and her country would want to "work in the economics field" with New Delhi especially relating to "issues of smart cities, renewable energy and new forms of mobility".

"We will talk about how we can work towards climate protection and sustainable development in our relationship" and discuss "foreign and security policy issues - that means that our discussion will cover a large spectrum," the German Chancellor added.

Merkel added, that she is "especially impressed by the developmental dynamics of India" and it is important that "we, as Germans, the largest trade partner of India in the EU, work further for the strengthening of our relationship and learn from India..that would be a good win-win situation for both countries."

While Chancellor Merkel last visited India in October 2015, PM Modi has been to Germany four times - first in April 2015 when India was the partner country at Hannover Messe, which is one of the world's largest trade fairs and then twice in 2017 - for the 4th IGC meet and G20 Summit and then again last year.

Announcing the visit, a release from external affairs ministry said, "During the IGC, the two sides will discuss the deepening of cooperation in traditional sectors such as transport, skill development and energy, and explore possibilities for cooperation in newer areas like green urban mobility, AI, etc. The two leaders will also exchange views on regional and global matters of mutual interest."

The visit comes even as Brexit remains a top concern in Europe and both EU and UK are scouting for partners.

There are 1.5 lakh Indians and people of Indian-origin in Germany including 15,000 Indian students. Most of the Indians are in the fields of IT, banking and other professions.