After trips across the world, monolith makes India debut 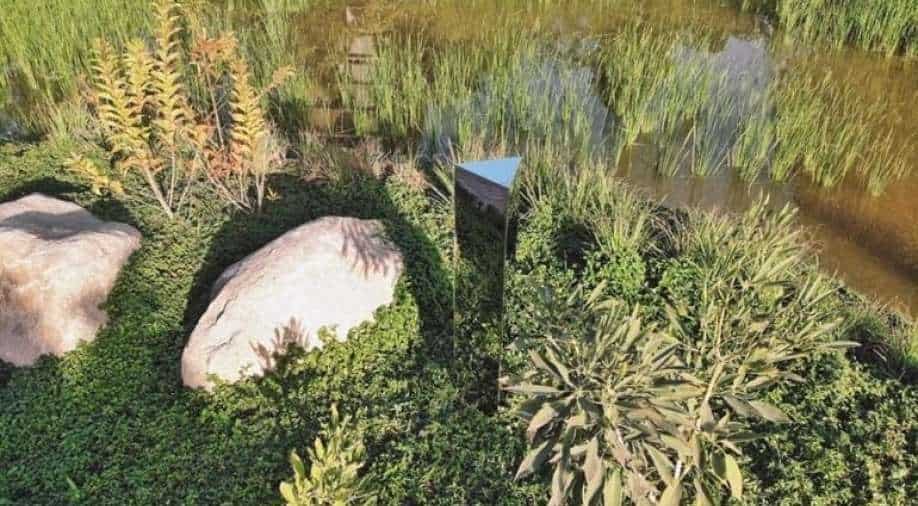 The metallic structure was discovered at the Symphony Forest Park in Thaltej, surrounded by many development projects

After making its entry in several nations, a monolith has been spotted in a forest park in the western Indian city of Ahmedabad.

The metallic structure was discovered at the Symphony Forest Park in Thaltej, surrounded by many development projects, reports The Indian Express.

Looking at this monolith closely will reveal few numbers inscribed on one of the sides, but, it has not been decoded yet what these numbers mean.

Also read | Monolith Christmas edition? Because this one is made of Gingerbread

After the structure started to create some noise on social media, the Ahmedabad Municipal Corporation's assistant director of parks and gardens said that it was installed by a private firm that developed and maintained the park.

"It has been given on a public private partnership (PPP) mode for a period of five years on a deposit," Patel told Indian Express.

The artist, who wishes to stay anonymous for installing the monolith said that the idea behind this structure was for people to have a "deeper understanding of life".

"It allows them to have a deeper understanding of life and that is the essence of the sculpture," the artist said.

The monoliths that started to appear in countries like the US, UK, Romania, and others from late November led to rumours of aliens' visitations because of its resemblance to the one seen in a "2001: A Space Odyssey", a science fiction film.