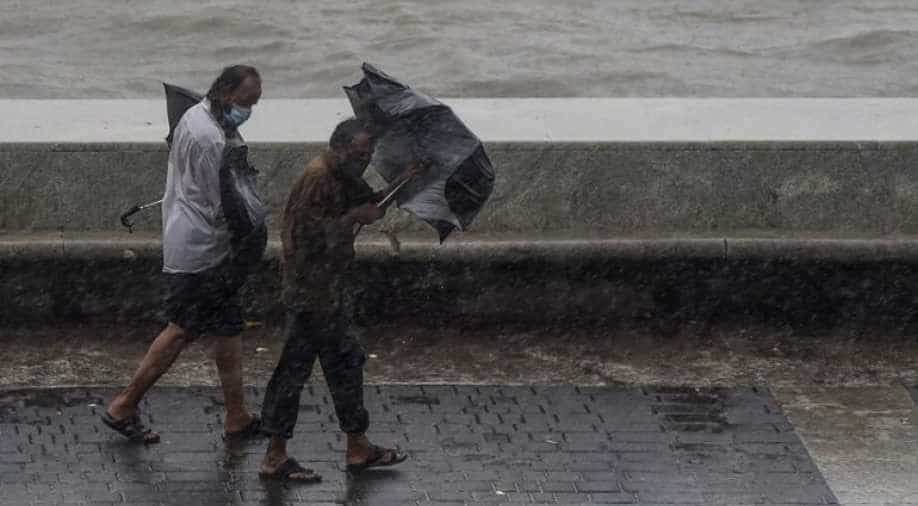 First, a deadly virus hit the state, and now a deadly storm. It has been a double whammy for the state of Maharashtra.

Cyclone Nisarga made landfall today and it was the worst storm the state has witnessed in decades. The state was hit with high winds, heavy rainfall with electricity lines snapped.

Over the next few hours, India's most populous city Mumbai was spared substantial damage as the eye of the storm moved southeast of Alibag.

Nisarga means nature and nature's fury was visible far and wide with 43 teams of the National Disaster Relief Force(NDRF) deployed in Maharashtra and Gujarat with 21 teams stationed in northern Maharashtra.

Nearly 1 lakh people were evacuated, the Meteorological department had called for stopping all fishing operations. Nisarga could not have arrived at a worse time as the state was tackling a deadly virus ensuring all virus restrictions were being followed but the relief operations have been a huge challenge.

"We are practising total social distancing and after arranging sanitization, drinking water and other arrangements for their stay, we shifted people from coastal areas, slums, and into relief centres," Vishwaprasad Rao, NDRF inspector, said.

Among those evacuated were around 150 COVID-19 patients. Authorities had to shift these patients to other hospitals as the newly built makeshift hospital that they were being treated in was located in a low-lying area.

Mumbai was just beginning to emerge from the virus-induced lockdown but fresh restrictions were announced in the wake of the cyclonic storm. Emergency services in Mumbai are already under immense strain, the city is among the worst-hit in India with the virus.