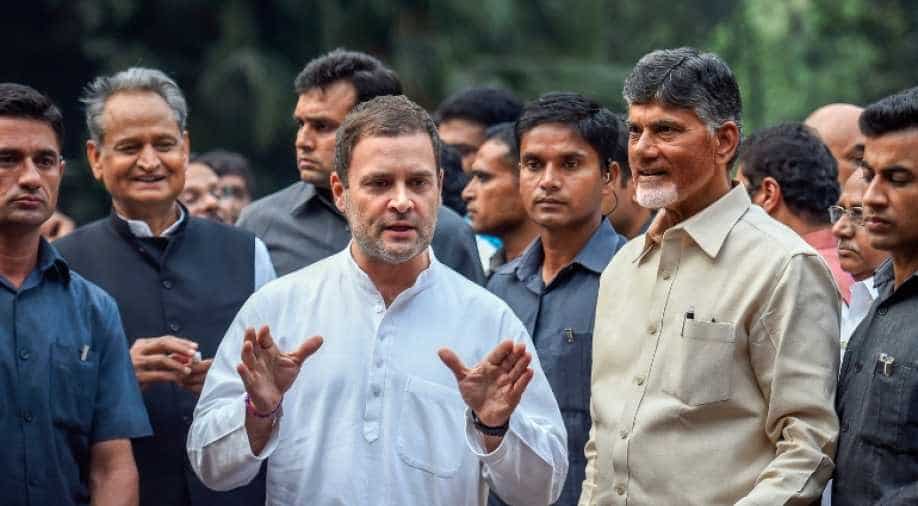 The Andhra Pradesh government's decision to withdraw the "general consent" accorded to the CBI to conduct raids and carry out probe in the state drew support from opposition parties with West Bengal government following suit even as the BJP alleged that it was an attempt by a "grand alliance of most corrupt parties" to ensure that its "corruption" was not exposed.

Escalating its confrontation with the Union government, the Chandrababu Naidu dispensation in Andhra Pradesh withdrew its consent to the CBI. The West Bengal government did the same this evening.

BJP spokesperson G V L Narasimhra Rao described the Telugu Desam Party government's order as a "clear mala fide exercise of power" to ensure that its "corruption" was not exposed, alleging that a "grand alliance of most corrupt parties" had taken shape to protect their interests.

Leaders of the Trinamool Congress government in West Bengal and the Gandhi family of the Congress were facing probe in "corruption" cases, he said, adding that it had led to a "convergence of their interests" with Naidu.

However, the Congress cited the Andhra Pradesh government's decision to claims that states do not have faith in the CBI and other central agencies due to their "misuse" by the Narendra Modi government at the Centre.

"Unfortunately in the last four-five years they (central agencies) have been treated like private armies of Amit Shah (BJP chief) and the prime minister... That is why people doubt the ability of CBI to act independently or to act without pressure," Congress spokesperson Pawan Khera said.

He described it as a "very dangerous trend".

After the Andhra Pradesh government's announcement, West Bengal Chief Minister Mamata Banerjee extended her support to her counterpart Naidu over the issue.

"What Chandrababu Naidu has done is absolutely right. Earlier, we didn't need to use such provisions but we need to do it now as the BJP is using the CBI and other agencies to pursue its own political interests and vendetta," she said in Kolkata.

"Chandrababu did the right thing. Modi ji is misusing CBI and Income Tax department. Why did not CBI catch scamsters of demonetisation," he tweeted in Hindi.

Hitting back at opposition parties, Rao said, "We are seeing a grand alliance of the most corrupt parties. Their interests have converged to ensure that their corruption is not exposed."

The Andhra government's decision showed that it had many skeletons in its cupboards, he alleged.

"A nervous and completely rattled Naidu is trying to save his government," Rao told reporters.

"We have trust in the CBI but the recent allegations against its top officials have made us withdraw the general consent. Henceforth, the CBI has to obtain the state governments permission for investigating every case," Rajappa said.