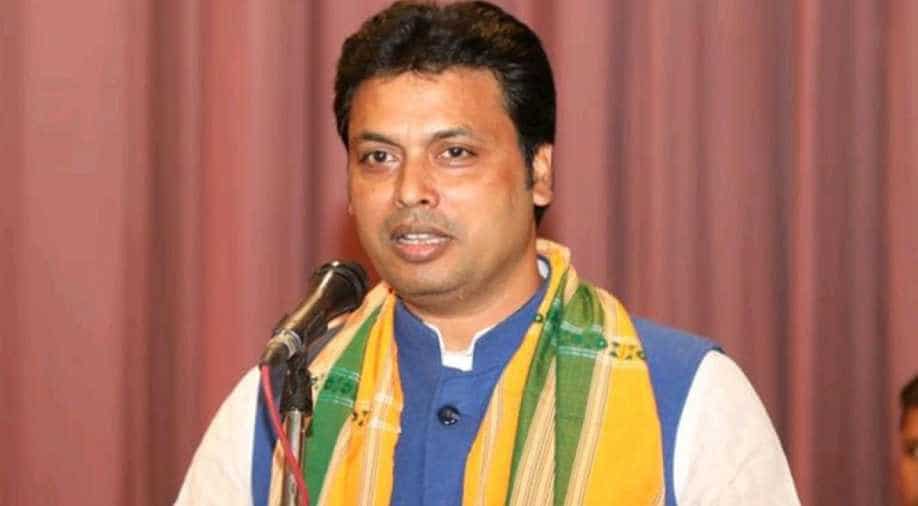 After a series of bizarre remarks, Tripura Chief Minister Biplab Kumar Deb has been called to New Delhi by Prime Minister Narendra Modi.

In last two weeks, Deb made a string of random remarks which left his party colleagues workers redfaced.

Today, while addressing a gathering, CM Deb advised the Tripura youth to not to waste their crucial time by running after the government jobs and instead, milk cows or open paan shops for livelihood.

"There should be a cow in every house. Why run after netas for government jobs? Milk is being sold at Rs 50 per litre. Graduates should get cows and milk it to earn Rs 10 lakh in 10 years. Instead of running after political parties," the Chief Minister said.

Earlier, he had stated that the Internet and satellite communication existed during the Mahabharata era.

He even questioned the crowning of Diana Hayden as Miss World in 1997.

According to Deb, any unemployed youth with a minimum amount of Rs 75,000 borrowed from the bank and with a little self-effort, can easily earn at least Rs 25,000 every month, but the hurdle in this is the culture that has grown in the state during the last 25 years.