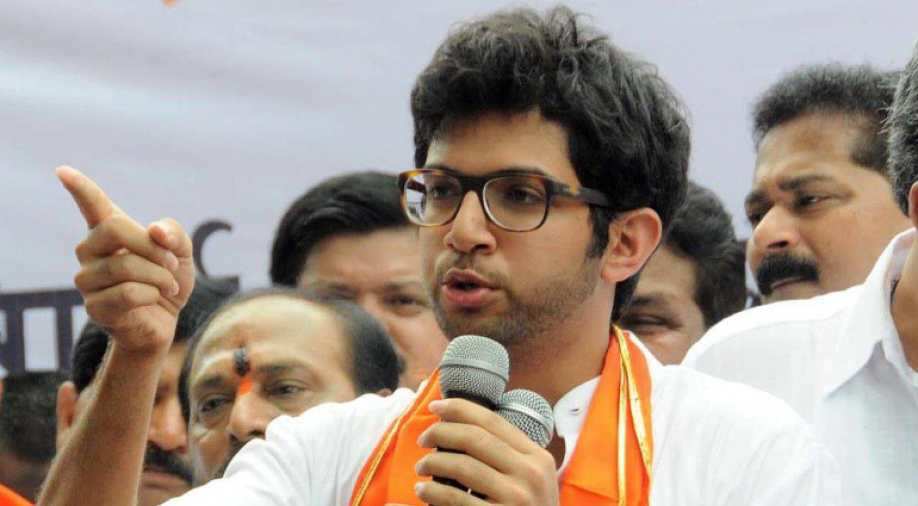 The Worli MLA-elect has been projected as the next chief minister by party leaders.

Shiv Sena leader Aditya Thackeray met newly-elected party MLAs at a hotel here early on Friday as uncertainty over the formation of the next government continues to prevail in Maharashtra.

Aditya arrived late on Thursday night at Hotel Rangsharda, where the MLAs are lodged to prevent poaching attempts and left about 1 am on Friday.

The Worli MLA-elect has been projected as the next chief minister by party leaders.

The MLAs will be staying at the hotel for the next two days that are considered very crucial for government formation as the term of the incumbent government ends today.

They were shifted to the hotel after a meeting with Sena chief Uddhav Thackeray at his residence "Matoshree".

Shiv Sena, which fought the election with BJP, is not ready to settle for anything less than an equal share in Cabinet portfolios and the Chief Minster's post for 2.5 years.

The BJP has emerged as the single largest party by winning 105 seats in the recently held Assembly polls. The Shiv Sena got 56 seats in the 288-member Assembly.