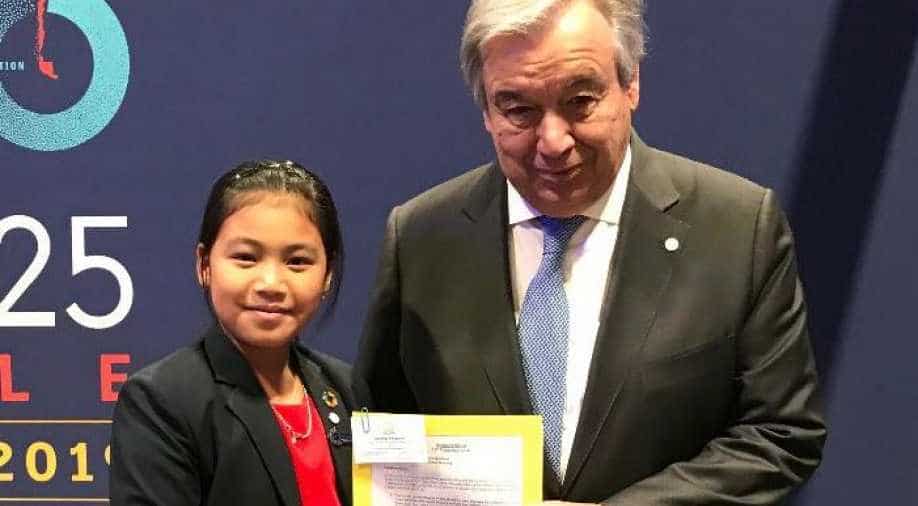 After her account's suspension, she had said that 'my recent post was never against anyone or never abusive to anyone in particular'.

Days after Indian climate activist Licypriya Kangujam raised her voice over being called as "Greta of India", she found that her Twitter account was restored after being suspended for few hours.

"No one can judge people on age. Age doesn’t matter to make a difference. This is child power. Twitter shouldn’t attempt to silence the voice of young climate activist in any part of the world in future," Licypriya told WION after her account was restored.

Earlier, after her account's suspension, she had said that "my recent post was never against anyone or never abusive to anyone in particular".

17-year-old climate justice activist, Xiye Bastida, too came to her support and urged for the restoration of her account. She tweeted, "Dont let this go unnoticed, and say something".

Considering her age as a factor behind the suspension, Licyrpiya said, "I have seen many verified Twitter accounts under the age of 13 years operating with the consent of parents or guardians. I don’t think this would be the reason to suspend my account."

While Licypriya claims that her age cannot be a factor behind the suspension, according to Twitter, the company opts to ban anyone whose date of birth — whether it was provided at the time of signing up or later — indicates they were under the age of 13 when they signed up for the service.

In a series of tweets, she rejected the comparison and appealed to the media to recognise her identity and story. "If you call me 'Greta of India', you are not covering my story. You are deleting a story, " she tweeted.