5 terrorists killed in Jammu and Kashmir in 48 hours 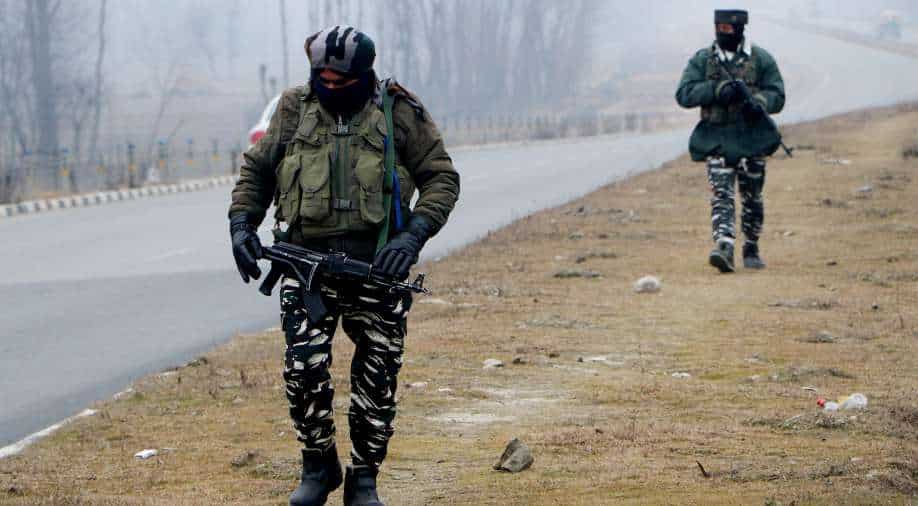 Security personnel patrol near an encounter site at Bijbheria, in Anantnag on Sunday Photograph:( ANI )

On Sunday, a terrorist belonging to the Islamic State Jammu and Kashmir outfit, involved in the killing of a police officer, was killed in an encounter

As many as 5 terrorists were neutralised in 48 hours during anti-terrorist operations in Jammu and Kashmir.

On Sunday, a terrorist belonging to the Islamic State Jammu and Kashmir (ISJK) outfit, who was involved in the killing of a police officer, was killed in an encounter with security forces in Anantnag, police said.

“He has recently joined terror outfit ISJK and was involved in the killing of Martyr ASI Mohd Ashraf, who was posted at PS Bijbehara,” the IGP Kashmir said in a tweet.

The search operation turned into an encounter after the hiding terrorists fired on the forces, who retaliated, he said.

ASI Ashraf was shot dead by terrorists outside Bijbehara hospital on Wednesday evening.

On Saturday, four militants, including an IED expert, were killed in twin encounters with security forces.

Acting on a tip-off about the presence of militants in Chowgam village in Shopian, security forces launched a cordon and search operation during the night, a police official said.

According to reports, both the killed terrorists were linked with proscribed terror outfit LeT and were involved in several terror crime cases.

They were also involved in motivating and recruiting the youth to join terror folds, a police official said.

In another encounter that broke out at Hardumir in the Tral area of Pulwama, two militants were killed, the official said. Both were affiliated with proscribed terror outfit AuGH.