40 years and counting.. in service of India, thank you Dr K. Sivan 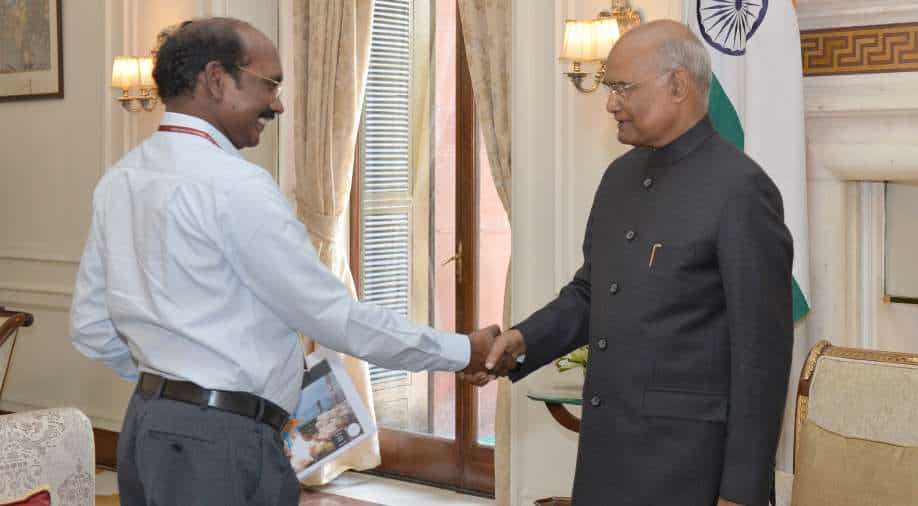 Notably, in more than 50 years of ISRO’s operations, it was during his tenure (in late 2018) that ISRO managed to perform three successful rocket launch missions (GSLV Mk3, PSLV and GSLV) within a short span of 35 days. This is considered significant given how ISRO’s launch calendar generally accommodates only a single launch per month

A journey that began in 1982 with the Indian Space Research Organization (ISRO) has come to an end on 14th January 2022.
Dr Kailasavadivoo Sivan, who joined the state-run space agency as a young engineer fresh out of college, is stepping down as Chairman, ISRO and Secretary, Department of Space, after 40 years of service, with many feathers in his cap.

Some of them include the then (February 2017) record launch of 104 small satellites from a PSLV rocket, development of SITARA, a 6-dimensional trajectory simulation software that is applicable for all of ISRO’s rockets.

Notably, in more than 50 years of ISRO’s operations, it was during his tenure (in late 2018) that ISRO managed to perform three successful rocket launch missions (GSLV Mk3, PSLV and GSLV) within a short span of 35 days. This is considered significant given how ISRO’s launch calendar generally accommodates only a single launch per month.

Hailing from Sarakkalvilai Village in India’s Southernmost district, Kanyakumari, Dr Sivan hails from a very modest family that was dependent solely on their father’s agricultural income.

During his education at a nearby government school in Tamil medium and while pursuing his college education, he worked on their family’s agricultural land to support the family.

He has described having spent his childhood without footwear.  It was only after getting into his post-graduation that he wore a pant for the first time in his life. Till then, he had been wearing a ‘Dhoti’.

Three of Sivan’s siblings couldn’t complete their higher education, owing to the family’s financial situation. However, having completed his B.Sc Mathematics with a 100% score, Sivan alone was allowed to pursue his higher studies, first at the Madras Institute of Technology (Aeronautical engineering) and later a Master’s in Engineering from the Indian Institute of Science, Bengaluru.

He began his career with ISRO right after having completed his Master’s.

According to ISRO’s website, Dr Sivan had served as Project Director, GSLV (India’s heavy-lift rocket series), and had led the team that revisited the entire design in the rocket’s post-failure scenario, during the early days.

Besides the resolution of design issues and making GSLV operational, he had also been involved in the flight testing of indigenous cryogenic engines and stages.

He was also instrumental in the successful accomplishment of the first development flight of GSLV Mk-III, India’s heaviest payload-carrying rocket.

Flight testing of the SCRAMJET engine and the technology demonstration of the re-usable launch vehicle (RLV-TD) is also to his credit.

Chandrayaan-2, a highly-anticipated Lunar exploration mission was also launched successfully and inserted into Lunar orbit, during his tenure. Months ahead of the high-profile launch, he had exclusively revealed the launch date and mission objectives, in conservation with WION, while at the Satish Dhawan Space Centre, India’s spaceport.

On the day of launch, the mission had to be called off, just an hour ahead of lift-off time, owing to a leak in the Cryogenic stage (the uppermost stage) of the GSLV Mk 3 rocket.

After a couple of days of identifying and rectifying the issue, the mission was launched successfully on July 22nd 2019, one week after the original date.

However, it was what Dr Sivan himself had earlier described as “seven minutes of terror”(the Lunar landing process), that proved to be an insurmountable challenge of the mission.

The Vikram lander which was supposed to land on the Lunar South Pole had gone incommunicado and off the planned path, just minutes ahead of the scheduled landing, following which it was learnt to have crashed.

All of India stood in solidarity and shared the grief with an emotional and teary-eyed ISRO Chairman, in the aftermath of the crash landing.

With more ambitious targets to meet, ISRO continued to work on the prestigious Human-Spaceflight mission(Gaganyaan), a third Lunar mission Chandrayaan-3, Aditya L1 (a probe to study the Corona of the sun), NASA-ISRO Synthetic Aperture radar, XpoSat(X-Ray Polarimetry Satellite) among other routine missions.

With the pandemic having struck in early 2020 and later in 2021, ISRO’s launch activities had slowed down. Lockdown-induced travel restrictions, logistical issues and supply issues from various industries (that were shut during the pandemic) are among the reasons said to have setback the launch calendar.

Even amid the pandemic, ISRO continued to function in hybrid mode and carried out the design, software development, documentation and several other tasks that could be accomplished remotely.

Helping the country in its fight against COVID-19, ISRO had also provided its cryogenic oxidizer (high-purity Liquid oxygen) to various states, to meet the rising demand for medical-grade oxygen.

ISRO had also developed low-cost ventilators and oxygen concentrators, thereby offering them to the Indian industry to meet the requirements indigenously by promoting local manufacture of these devices.

In August 2020, India’s Department of Space, which Sivan headed as secretary, rolled out reforms that enabled private participation in the space sector that has been a state monopoly.

Also read | Who is S Somanath? Here’s all you need to know about newly appointed ISRO Chairman

This meant that private industry and start-ups would be enabled to perform space activities such as rocket-building, satellite-building, owning, operating spacecraft and providing space and ground-based services.

Given that these activities are capital intensive and technologically not-so-easy to access, ISRO would be enabling start-ups to use their own facilities to perform various processes and functions, besides offering mentoring support, that would help the fledgling firms get closer to their orbital launch aspirations.

Dr Sivan had a detailed conversation with WION on the Space sector reforms.

2021 witnessed two ISRO launch missions - a PSLV and a GSLV Mk2, of which the latter ended up unsuccessful, owing to the final (Cryogenic) stage not igniting as planned.

As Chairman, Dr Sivan has also made announcements regarding how India was working with more than six countries to send Indian astronauts to space.

“Indian astronauts have completed their training at the Gagarin Cosmonaut training Center in Russia, we are working with French space agency CNES in the field of Space medicine, with Canada and Romania for wind-tunnel testing, Australia (ASA) and European Space Agency for ground station support” he said.

He also elaborated on how ISRO had initiated 46 technological endeavours such as Quantum communication, space-debris mitigation technologies like self-eating rockets, self-vanishing satellites and robotic arms to catch space debris.

In his New Year message for 2022, Dr Sivan had mentioned about three new space science missions -DISHA, a twin aeronomy satellite mission, a Venus mission and an ISRO-CNES joint science mission TRISHNA. Regarding the targets for the year, he outlined the launch of EOS-4 and EOS-6 satellites onboard PSLV.

Launch of EOS02 satellite onboard maiden flight of SSLV rocket, besides many test flights for Crew escape system of Gaganyaan and launch of the first unmanned mission of Gaganyaan.

Dr Sivan was appointed Chairman, ISRO and Secretary, Department of space in early 2018 and his tenure was due to end in January 2021.

While his journey at ISRO has come to an end, the humble farmer’s son-turned-scientist and technocrat would continue to inspire the country, its aerospace aspirants via the upcoming missions he chooses to undertake. Thank you Dr K. Sivan!