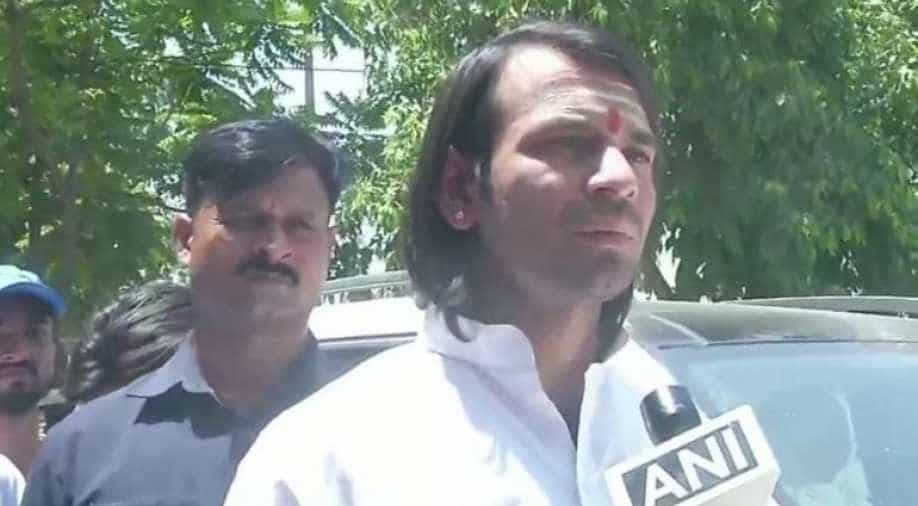 Tej Pratap was leaving after casting his vote at Veterinary College in Pataliputra Lok Sabha constituency.

Speaking to ANI Lalu Prasad Yadav’s elder son said, “My bouncers have not done anything. I was leaving after casting my vote when a photographer hit the windscreen of my car. I have filed an FIR in the incident. A conspiracy is being hatched to kill me.”

The former RJD leader has filed an FIR in the incident.

#WATCH Tej Pratap Yadav's personal security guards in Patna beat a camera person after he allegedly broke the windscreen of Yadav's car. Tej Pratap Yadav was leaving after casting his vote. Yadav has filed an FIR in the incident. #Bihar pic.twitter.com/u1KzKDCGBG

Meanwhile, voting is underway across fifty-nine seats in eight states in the final round of the Lok Sabha elections that began 38 days ago.

Fresh violence is being reported across West Bengal. Bombing incidents allegedly took place outside Basirhat polling booth, in Mathurapur village and in Islampur, where bypolls are underway. A BJP camp was also set to fire in Barasat. Meanwhile, in Basirhat, BJP alleged that 100 voters were barred from casting their votes.

EVM malfunction across Punjab and Bihar were reported. Reports of violent clashes between workers of various parties are coming in from Punjab, Bihar, and Madhya Pradesh, too.