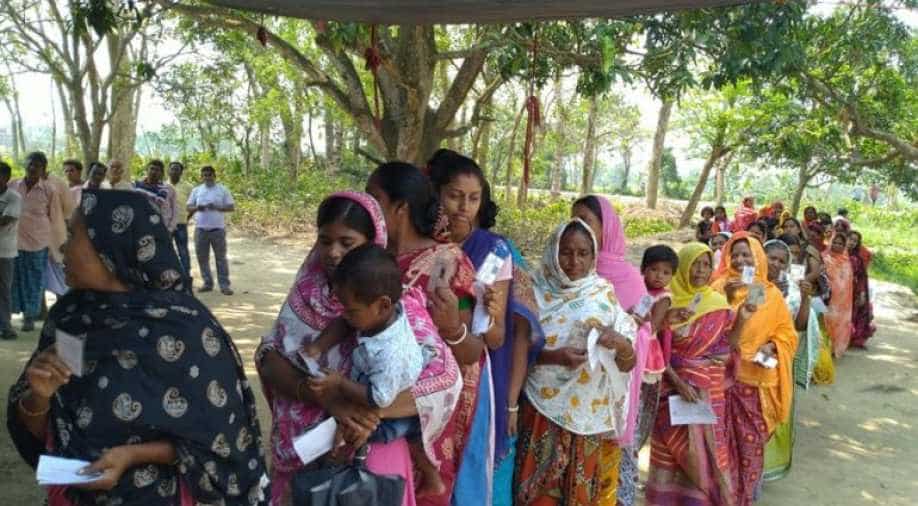 The three constituencies, all won by the BJP in 2014 elections, are Lohardaga (ST), Palamu (SC) and Chatra.

Over 45.26 lakh voters will on Monday decide the fate of 59 candidates in the first phase of polls for three Lok Sabha constituencies in Jharkhand.

The three constituencies, all won by the BJP in 2014 elections, are Lohardaga (ST), Palamu (SC) and Chatra.

As there are some Naxal pockets in Palamu and Chatra, the borders with Bihar have been sealed and adequate security arrangements have been made for the polling, a government official said on Saturday.

"All necessary steps have been taken to ensure free and fair voting in the 139 booths," an election official said.

Union Minister of State for Tribal Affairs Sudarshan Bhagat is seeking re-election from the Lohardaga(ST) seat. He is pitted against Sukhdeo Bhagat, Congress MLA and Mahagathbandhan candidate.

In Palamu, it is a straight contest between the BJP and the 'Mahagathbandhan' (grand alliance). Former Jharkhand police chief and BJP candidate Vishnu Dayal Ram is facing challenge from RJDs Ghuram Ram, supported by the Mahagathbandhan, comprising Congress, JMM and Jharkhand Vikas Morcha (Prajatantrik).

The RJD has fielded Subhas Yadav in Chatra, resulting in a friendly fight with the Congress nominee, Manoj Yadav, there.

The BJP has re-nominated its sitting MP Sunil Kumar Singh from the seat.
An electorate of 45,26,693, including 21,40,750 female voters, are eligible to exercise their franchise in the three seats between 7 AM and 4 PM.

Senior BJP leaders including Prime Minister Narendra Modi and party president Amit Shah had campaigned asking the people to re-elect the NDA to take forward the developmental works and protect the country's security.

No prominent national level leader of the opposition parties had campaigned in the three seats.

Lok Sabha elections in 14 parliamentary constituencies of Jharkhand will be held in four phases.