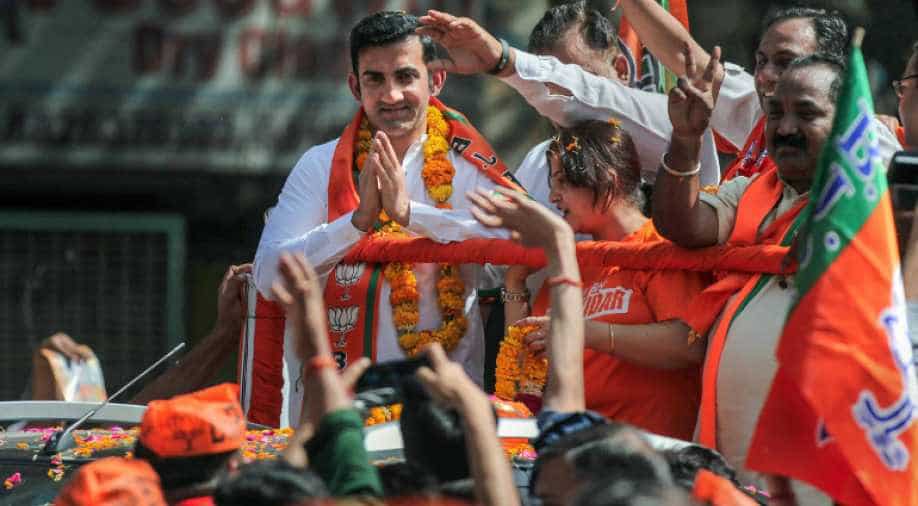 The BJP is leading the trends in all seven Lok Sabha seats in Delhi, with the Congress trailing in five constituencies and the AAP in two seats, poll officials said.

Congress veteran Sheila Dikshit was on second spot behind Tiwari, by a margin of 29,797 votes in North East Delhi while former MP J P Agarwal, pitted against Vardhan in Chandni Chowk constituency, was trailing by 8,764 votes.

Agarwal has alleged that strongrooms were opened in "absence" of his counting agents.

Sitting New Delhi MP Meenakshi Lekhi was ahead of Congress' Ajay Maken by a margin of 10,486 votes.

In North West Delhi, saffron party's Hans Raj Hans was ahead of AAP's Gagan Singh by 46,379 votes, they said.

AAP North East Delhi candidate Dilip Pandey told reporters that people to not make any judgement on the basis of initial trends, as "it will not be apt".

Counting is underway for all seven parliamentary constituencies in Delhi to decide the fate of 164 candidates, who contested the Lok Sabha elections here on May 12.

Over 1.43 crore people were eligible to vote in the polls in Delhi, out of which 60.21 per cent had exercised their franchise.

The elections for the seven parliamentary seats were largely a triangular contest among the incumbent BJP, a spirited Congress and the AAP - the ruling party in Delhi.

Prominent names who were in the fray include former Delhi chief minister Dikshit, Union Minister Vardhan and cricketer-turned-politician Gambhir.

Olympian boxer Vijender Singh (South Delhi), who made his electoral debut, and AAP's Atishi are also among the candidates in Delhi.

While the BJP, which had won all seven seats in the 2014 polls, is keen to regain the turf, the Congress, that ended up at the third spot in the last Lok Sabha elections, is looking to bounce back.