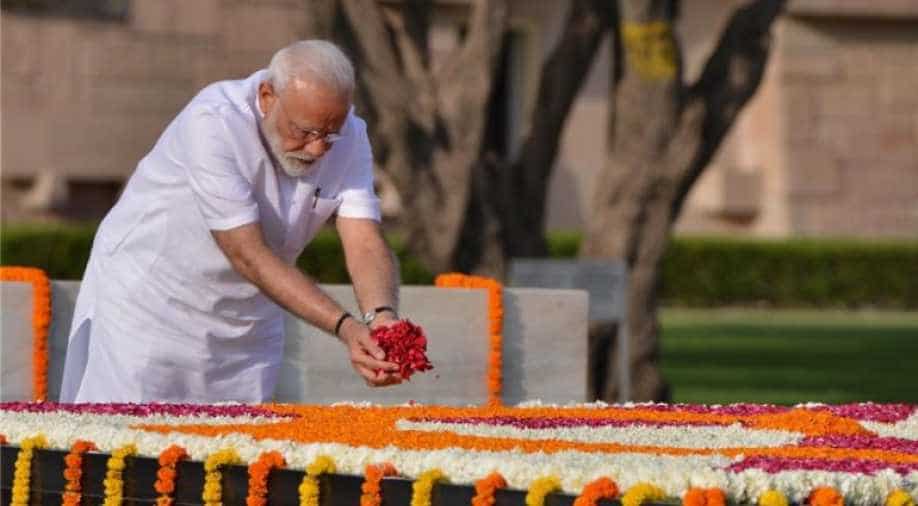 Prime Minister Narendra Modi paying homage to Mahatma Gandhi before his swearing-in ceremony later in the day at Raj Ghat, New Delhi on May 30, 2019. Photograph:( IANS )

Before taking oath as the prime minister for the second consecutive term today, Modi on Thursday morning visited National War Memorial and paid tribute to India's martyrs. The memorial is spread over 40 acres and is dedicated to the martyrs.

Narendra Modi decimated the opposition to lead the Bharatiya Janata Party to a landslide win in the recent Lok Sabha election. With the win, he became the first prime minister in nearly 5 decades to win a majority in consecutive polls.

Watch: Does any world leader have a bigger mandate than Narendra Modi?

The President of Kyrgyzstan, Sooronbay Jeenbekov, along with the Prime Minister of Mauritius, Pravind Kumar Jugnauth, will also be present at the event.