Pep: Not a failure if we don't win the league 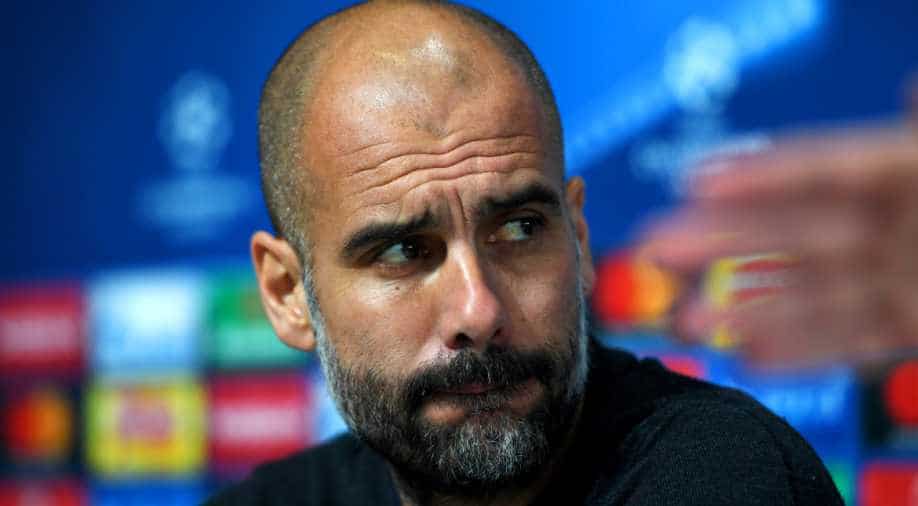 Guardiola says he is relishing the new challenge of being the hunter rather than the hunted. Photograph:( Getty )

Pep Guardiola does not believe his first season as Manchester City manager should be classed as a failure if he cannot guide the team to Premier League glory.

Guardiola won the league in his first seasons at Barcelona and Bayern Munich, but his City side lies 10 points below leaders Chelsea and in fifth place after Saturday's 1-0 loss at Liverpool.

He does not see winning the league as the be-all and end-all of City's season, however, and says he is relishing the new challenge of being the hunter rather than the hunted.

"We have put a lot of stress about, 'Oh, if you don't win the Premier League, that is going to be not a good season'," he told reporters after the New Year's Eve defeat at Anfield.

"No, in that situation we're going to analyse what happened at the end of the season, what was good, what was bad. Now it's just focus on the next game against Burnley.

"I was always on top, Barcelona and Bayern Munich. But OK, this is a new chapter in my career as a manager to handle that and I am willing to try it with these guys."

Chelsea has surged clear at the summit on the back of a 13-game winning streak, but Guardiola does not believe their points advantage is insurmountable.

"I was one time nine points (behind) with Barcelona, against Real Madrid I think," said the Catalan, whose side host Burnley on Monday.

"It was in February or in March and after we recover until (the gap was only) four (when Madrid won the league in 2012).

"But the question is, are we able to take the gap to Chelsea? Now what we have to do is believe in the next game."

In contrast to his early experiences with Barcelona and Bayern, Guardiola is yet to have a transformative effect on City's fortunes.

City's style of play has evolved, reflecting the importance Guardiola places on dominating possession, but they have lost four times already in the league and have struggled defensively.

Jurgen Klopp, Guardiola's former Borussia Dortmund adversary, has had over a year to remould Liverpool and the City manager said it would take him time to achieve similar results.

"I don't know, I'm not able to say that," Guardiola replied when asked how long it will take for City to become his team.

"Jurgen is here more than one season, one year. It's just five months for me. The way we want to play in this league is not that simple.

"We need a little bit more time. But I'm a guy who's so optimistic and we are going to try."

City's attempt to chase down Chelsea will be bolstered by the arrival of Brazil forward Gabriel Jesus following his £27 million ($33 million, 32 million euros) transfer from Palmeiras.

The 19-year-old was due to arrive in Manchester this weekend and Guardiola expects him to make a swift impact.

"It was just two or three weeks not training so I don't think we'll be (waiting) too much time (for him) to be fit."