Champions League: City make it three out of three with win over Napoli 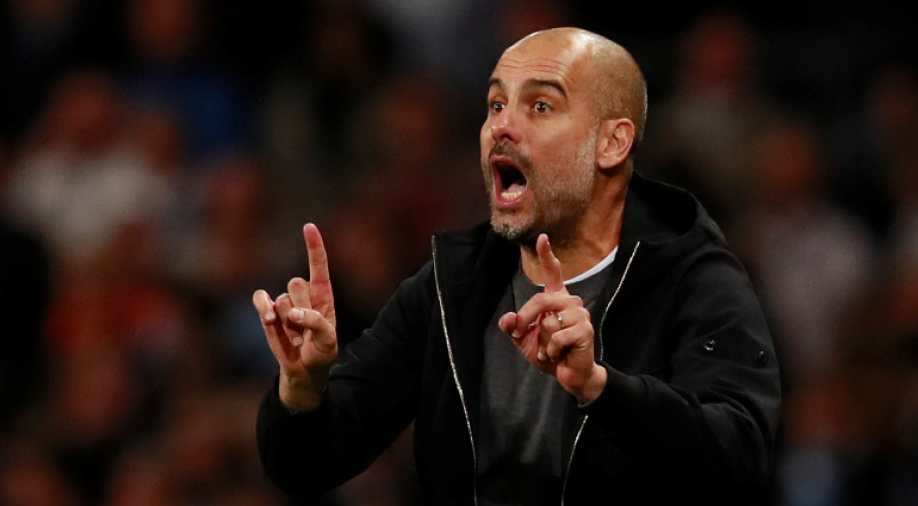 City started out attacking with a speed and fluency that the Serie A leaders struggled to cope with, but they lost focus in the second half. Photograph:( Reuters )

Manchester City beat Napoli 2-1 in their Champions League Group F match on Tuesday, maintaining their 100 percent record after three games, but Pep Guardiola's side were forced to hang on despite going 2-0 up inside 13 minutes.

City started as they left off in their 7-2 crushing of Stoke City in the Premier League on Saturday, attacking with a speed and fluency which the Serie A leaders struggled to cope with.

Raheem Sterling put the home side ahead in the ninth minute, finishing with his left foot after Kyle Walker's attempt to convert a David Silva pull-back was blocked.

Four minutes later, the in-form Kevin De Bruyne created the second, powering down the right flank and delivering a pinpoint low cross to Gabriel Jesus who made no mistake.

The Premier League leaders were producing wave after wave of attacks and the appreciative crowd sensed that this could be another massacre.

Belgian midfielder De Bruyne fired a long-range shot against the bar in the 25th minute after a swift City counter-attack, and then Jesus had a goalbound effort cleared off the line by Kalidou Koulibaly.

But then City began to lose focus, sloppily giving the ball away in dangerous positions, slowing down their breaks, and Napoli sensed that the game might not be just about damage limitation.

The Italians had an opportunity to narrow the deficit in the 38th minute after Kyle Walker gave away a penalty but City's Brazilian keeper Ederson produced a fine save to keep out Dries Mertens' spot-kick.

After the break, Napoli grew into the game, with some clever touches and smart movement troubling the City defence and John Stones needed to use his midriff to stop a Marek Hamsik shot that was heading for an open goal.

Napoli's reward came when they got a second chance from the spot in the 73rd minute, this time Amadou Diawara firing home after Faouzi Ghoujlam was tripped by Fernandinho.

Despite some late pressure from Maurizio Sarri's side, City showed some grit as they held on to secure their third straight win which leaves them on top of the group with nine points.

"We knew they played patient football and had attacking threat. We knew it would be tough but we wanted to play our football," said City defender John Stones.

"At times it was great to watch. I am upset to concede the goal we did but overall ... a great team performance. We have put ourselves in a good position (in the group). There are a lot of games to play still. This was a good test to see where we are at," he added.

Napoli are third on three points, trailing second-placed Shakhtar Donetsk who are on six.