Watch: Will Smith dances with SOTY2 actors, gets schooled by Ranveer Singh on Bollywood in his web series 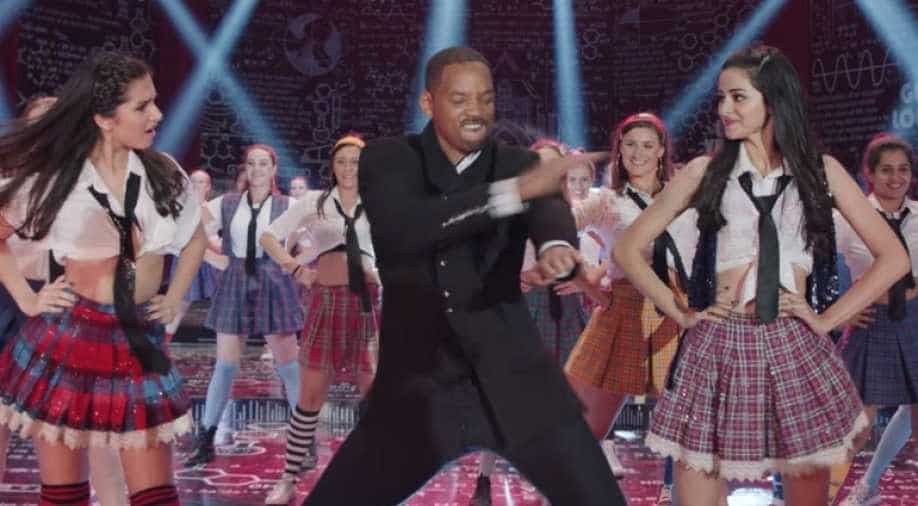 Will Smith dances with Tara Sutaria and Ananya Panday on the sets of 'Student of The Year 2'(Image via Facebook/@Will Smith) Photograph:( WION Web Team )

Smith was in India to shoot an episode of his web show 'Will Smith's Bucket List'. Smith ticked off a few things during his visit- driving an auto-rickshaw, visiting Hardiwar and dancing in a big Bollywood movie.

A few months back, we had reported how Will Smith had come to India and even shot for a song sequence in Karan Johar's upcoming film 'Student Of The Year 2'. Smith was on an India tour and posted photos of his visit and even his meet-up with Johar and Ranveer Singh.

Turns out, Smith was here in India to shoot an episode of his web show 'Will Smith's Bucket List'. Smith ticked off a few things during his visit- driving an auto-rickshaw, visiting Hardiwar and dancing in a big Bollywood movie.

The episode features Smith interacting with Singh who sort of teaches him the basics of Hindi cinema along with Johar. Singh can be seen introducing Smith to a typical Hero's entry in the film with one of Singh's popular songs 'Tatad Tatad' from the film 'Ram Leela' and even recreates the iconic 'Ma' scene from the film Deewar to school Smith about Bollywood.

The Hollywood star even rehearsed his dance steps before shooting wioth the cast of SOTY2 that includes Tiger Shroff, Ananya Panday and Tara Sutaria. The episode was even shared by Karan Johar.

My friend WILL SMITH ticks off his BUCKET LIST in BOLLYWOOD! This is the most entertaining and heartening video you will see today! Will Smith is all heart and such a beautiful curious mind! Watch out for @RanveerOfficial and team #soty2 https://t.co/Jk50iBdIkj

Will's show 'Bucket List' has him going real-life adventures in each of the episodes, where he tries to complete everything he wants to do in life as his ‘bucket list’.

The actor so far has swum cage-free with sharks, bungee jumped into the Grand Canyon, ran a half marathon, tried his hand at stand-up comedy and experienced formula racing with his son, as part of the show.

Smith, meanwhile has also developed a great camaraderie with Ranveer and even praised his performance in 'Gully Boy'.

Since Smith is now familiarized with how Bollywood function, would we get to see more of the actor in our films?