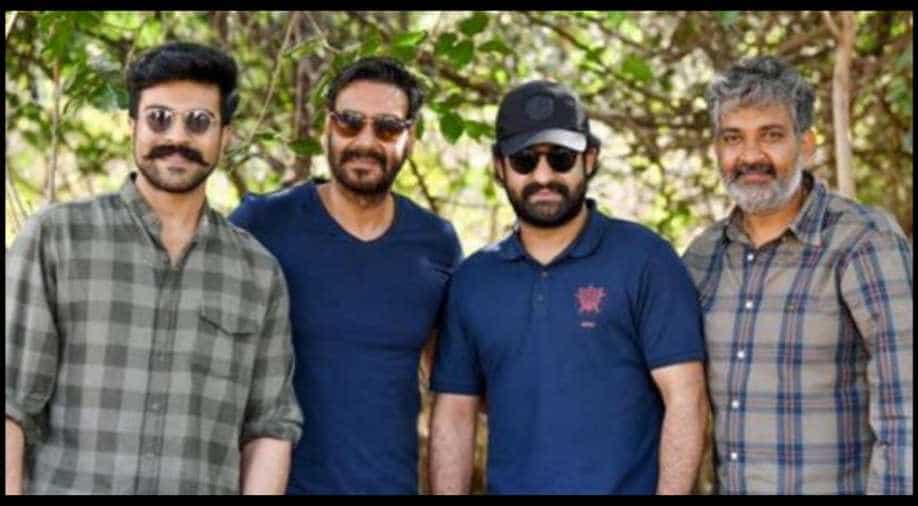 SS Rajamouli’s next project ‘RRR’ will have all eyes on it as it will be the first film post the success of ‘Baahubali’. Titled ‘RRR: Rise Revolt Roar’, a period drama, will star Jr. NTR with Bollywood actor Ajay Devgn and others.

In a new update from the film which will soon resume after COVID-19 restrictions are eased, will have Ajay Devgn play a nationalist and a guru to Jr NTR and Ram Charan, according to a report from a Mumbai-based publication.

The report states, “Ajay has shot for around 10 days at Ramoji Film City in Hyderabad, where Delhi from the 1900s was recreated. He appears in the flashback scenes."

Also read: Ajay Devgn has reportedly not taken a fee for Rajamouli's 'RRR' for this reason

The report further states, "Though it is an extended cameo, his track will remind one of his National Award-winning performance in The Legend of Bhagat Singh and sets the tone for the drama involving the two leads.”