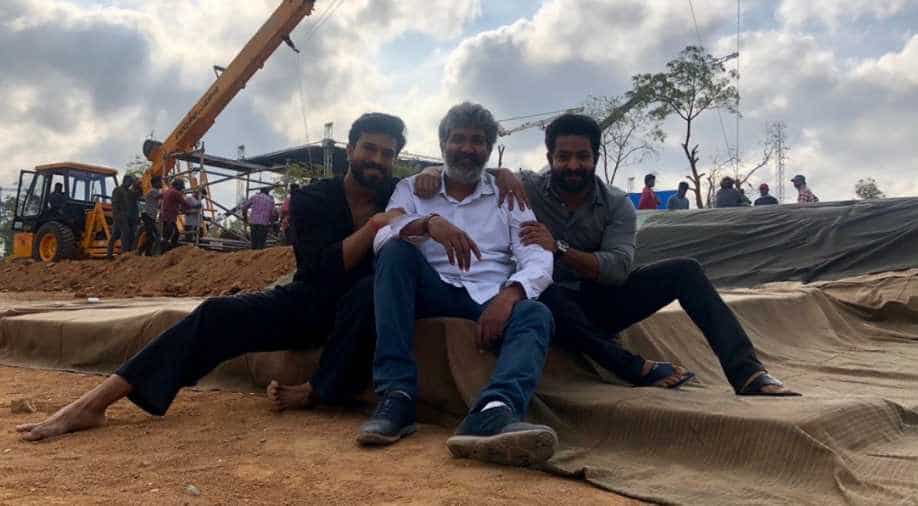 'RRR' is on its way to beat Rajinikanth and Akshay Kumar starrer ‘2.0’ for the sale price of its satellite and digital rights.

Ever since ‘Baahubali’ released and became the biggest grosser for an Indian film both in the domestic and overseas markets, director SS Rajamouli’s work has been the most-followed among industry peers.

Now that his next film ‘RRR’ has gone on floors, there is a major talk around the film’s price for satellite and digital rights. The film stars Jr NTR and Ram Charan in the lead roles and is on its way to beat Rajinikanth and Akshay Kumar starrer ‘2.0’ for the sale price of its telecast rights.

The satellite and digital rights of ‘2.0’ were sold at a record Rs 170 crore and it’s reported that the makers of ‘RRR’ are demanding a whopping Rs 250 crore for the same. Reportedly the makers are not ready to settle for anything less. Also read: Rajinikanth starrer '2.0', at Rs 543 crore, is most expensive Indian film ever

Rajamouli has given hits throughout his time as a director because of which investors don’t shy from putting in money in his film as they believe they will get great profits from the deal.

The director took almost a year after the release of ‘Baahubali 2’ to announce ‘RRR’. While the first schedule of the film was shot in November, the second schedule began on January 21.

Meanwhile, there are reports that Alia Bhatt might be roped in to play the female lead.