'We got a beat', Gwyneth Paltrow jokes on Elon Musk & Grimes' newborn's name 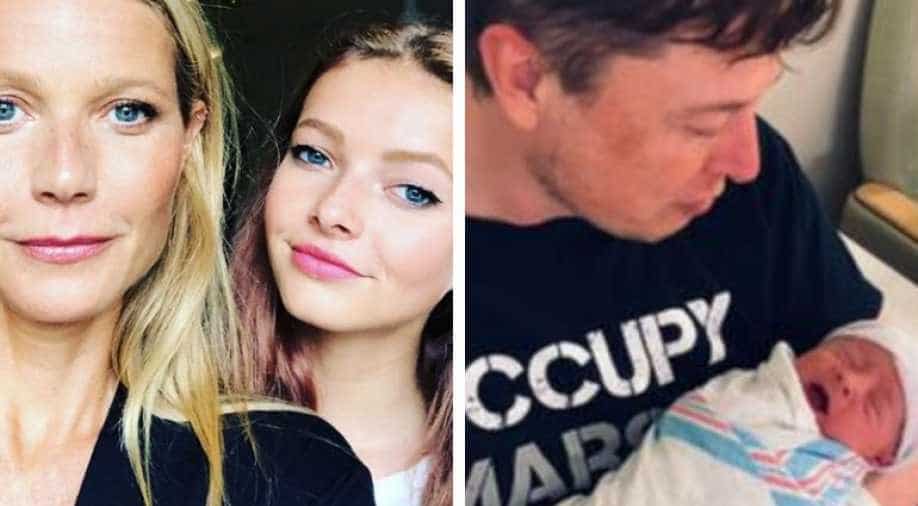 Gwyneth Paltrow had herself shocked everyone after she kept her daughter's name 'Apple'.

Gwyneth Paltrow after herself being in the list of celebrity kids' weird names has now commented on Elon Musk's choice of his newborn's name.

'Avengers' actor back in 2004 shocked everyone after she kept her daughter's name 'Apple'.

While the tech tycoon and musician Grimes welcomed their first child together on Tuesday and named him ‘X Æ A-12’. The name is an all-new sensation in the world of unique names.

On Friday, a magazine posted a photo of a couple along with the caption,''#elonmusk explained how to pronounce his and #grimes' baby's name, X Æ A-12. #linkinbio and best of luck...''

Apple walked so X Æ A-12 could run. #CommentsByCelebs

The actress left a hilarious comment joking that she and ex-husband Chris Martin have got a beat "#chrismartin I think we got beat for a most controversial baby name,"

Musk shared exactly how to pronounce his son's name during an episode of 'The Joe Rogan Experience' podcast.