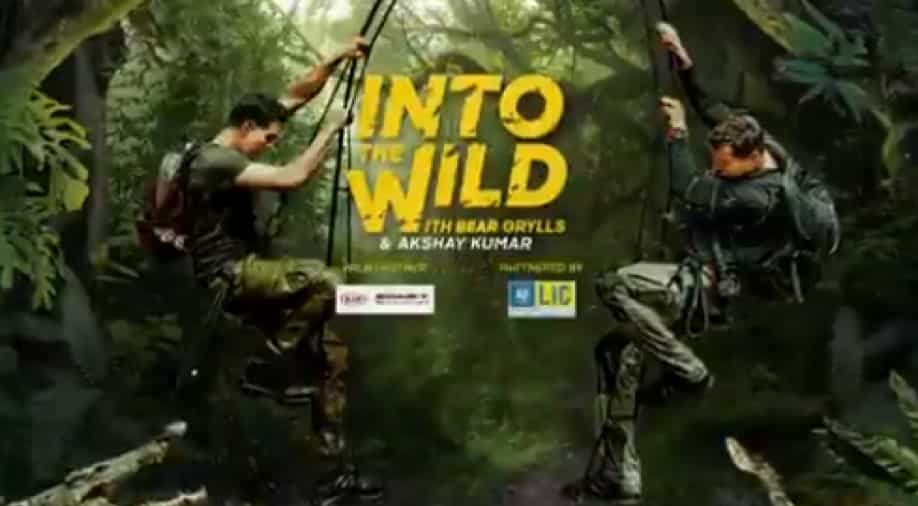 Akshay Kumar to feature in 'Into the wild' with Bear Grylls Photograph:( Twitter )

Akshay Kumar is the next in line from Bollywood to join Bear Grylls on his wildlife adventure show.

"You thinking I'm mad... but mad only going into the wild," Akshay captioned the post. The teaser features the actors and shows host Bear Grylls.

Akshay reportedly shot the episode in Mysore's Bandipur Tiger Reserve and completed a six-hour schedule on a one day tour of the reserve.

You thinking I mad… but mad only going into the wild. #IntoTheWildWithBearGrylls@BearGrylls @DiscoveryPlusIn @DiscoveryIN pic.twitter.com/q5LXat2xdL

The famous host described Akshay as his new adventure buddy while sharing the teaser: "Life is an adventure that is best lived boldly, and there are few better (madder) adventure buddies than the legendary Akshay Kumar."

In January, the actor was spotted exiting the Mysore airport, when news agency reported that he was in the city to shoot for 'Into The Wild with Bear Grylls'.

Also read: Akshay Kumar shares a video from UK as he shoots for 'Bell Bottom' with cast

'Bell Bottom' actor is known as the stuntman of Bollywood. He doesn't think twice before doing any death-defying stunts. Prior to the Kumar, South Indian actor Rajinikanth and Prime Minister Narendra Modi have also adventured into the forest range with the host, Bear Grylls.