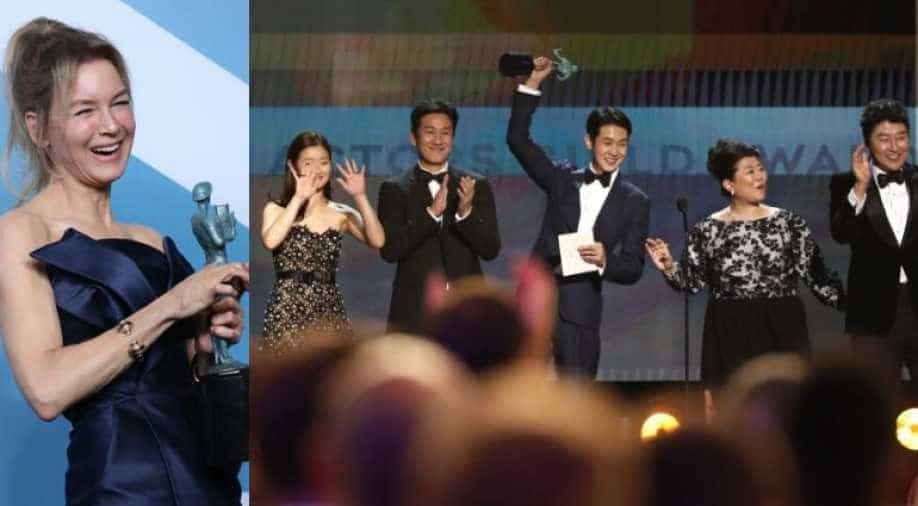 From SAG awards considering films without theatrical releases to Broadway family musical 'Frozen' closing permanently, here are the top stories of the day.

We last told you about Dwayne Johnson and Emily Blunt coming together for a film together titled ‘Ball and Chain’. Well, the film has now been confirmed to stream on Netflix. Read more

South Korean actor Park Ji-Hoon who starred in 'Chicago Typewriter' series, passes away at the age of 32 after battling with stomach cancer. Read more

After Oscars, SAG awards to consider films without theatrical releases

After Academy of Motion Picture Arts and Sciences, the Screen Actors Guild awards too announced a temporary change in the eligibility for, allowing films without theatrical release also to qualify. Read more

Coronavirus brings the curtain down on Cambodia shadow puppet theatre

Cambodia`s shadow puppet tradition goes back to the 7th century and has survived the collapse of empires, wars and Khmer Rouge reign of terror that left some 1.7 million people dead.Read more

Disney's 'Frozen' musical is the first casualty at Broadway, will not revive post COVID-19