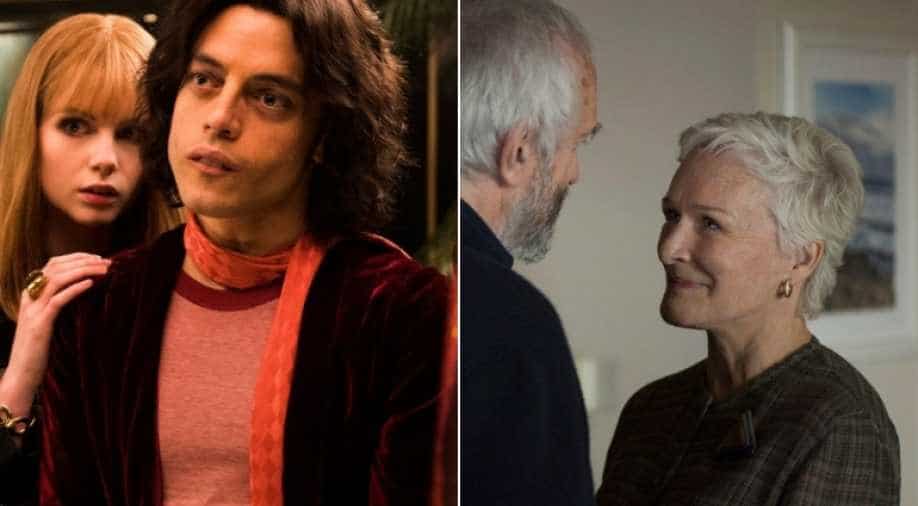 Last year, for example, 'Three Billboards Outside Ebbing, Missouri' won the best drama at the Globes while 'The Shape of Water' took home the best-picture Oscar. The year before, the Golden Globes gong went to 'The Revenant' while the Academy Award went to 'Spotlight'.

With the Golden Globes done and dusted, Hollywood moves swiftly along to the crown-jewel of its award season -- the Oscars.

Members of the Academy of Motion Picture Arts and Sciences began voting Monday and their nominations will be revealed in two weeks' time.

But are the Globes really a good predictor of the Oscars, as common wisdom holds?

Not so much, say experts.

To be sure, there is expected to be some overlap. Many of Sunday night's winners and even some of the nominees could feature at the Oscars in early February, including the likes of 'Bohemian Rhapsody,' 'Green Book,' 'Roma,' 'A Star Is Born,' 'Vice,' 'Black Panther,' and 'BlacKkKlansman.'

"It's reasonable to bet that plenty of Oscar voters still have a stack of screeners sitting on the coffee table as you read this," film critic Alissa Wilkinson told Vox.

"So while they've probably watched the favourites by now, a Golden Globes win for an underdog might push a voter to give the film a look before submitting their ballot," she concluded.

Such could be the case, for example, for 'Bohemian Rhapsody,' the commercially successful but critically panned Freddie Mercury biopic that won the best drama at the Globes -- its marquee award.

"There is no better marketing hook for films that have been in the marketplace for many weeks than a major win at the Globes," said Paul Dergarabedian, an analyst for industry tracker Comscore.

Overall, though, the numbers are emphatic: the Golden Globes aren't a reliable predictor for the Oscars, cinema's most coveted prize.

"It would be foolish to bet big on perfect alignment of the winners since historically its usually a crap shoot," said Dergarabedian.

"The predictive power of forecasting a winner here isn't really what these awards are for," adds Walter Hickey, a data journalist for Insider.

According to his analysis, historically the Golden Globes have had about a fifty per cent success rate in predicting the Oscar's best picture.

The numbers are a bit better at picking actors and actresses, though not stunningly. A major reason is that, while the Golden Globes gives out two best picture awards -- one for drama and the other for musical or comedy -- the Oscar's has just one.

For Sasha Stone, founder of the Awards Daily website which has reported on ceremonies for the past 20 years, it all boils down to probabilities. "We do not know what the eventual outcome will be in this very unpredictable race," she says.

Last year, for example, 'Three Billboards Outside Ebbing, Missouri' won the best drama at the Globes while 'The Shape of Water' took home the best-picture Oscar.

The year before, the Golden Globes gong went to 'The Revenant' while the Academy Award went to 'Spotlight.'

For experts, a major factor is that the Golden Globes jury isn't made up of cinema professionals.

Instead, it consists of just under a hundred members of the Hollywood Foreign Press Association, who have an inherently different view of the profession. And they are more pliable to favours offered by studios, according to their detractors.

The Oscars, on the other hand, depend on members of the Academy of Motion Picture Arts and Sciences, who represent all areas of the film industry. This year they are 7,902 people voting in 24 categories.

Best picture is the lone exception. In 2009, the process was changed to a preferential voting system to ensure the film with the broadest support wins -- not necessarily the movie that the majority of voters put as their top one.

"Otherwise, you might end up with a movie that, say, 25 per cent of the people love and the rest can't stand," said Ric Robertson, who was the motion picture academy's chief operating officer in 2009 when the best picture field was expanded from five to 10 nominees.