This is how much it cost Mukesh Ambani to get Beyonce for Isha's sangeet function! 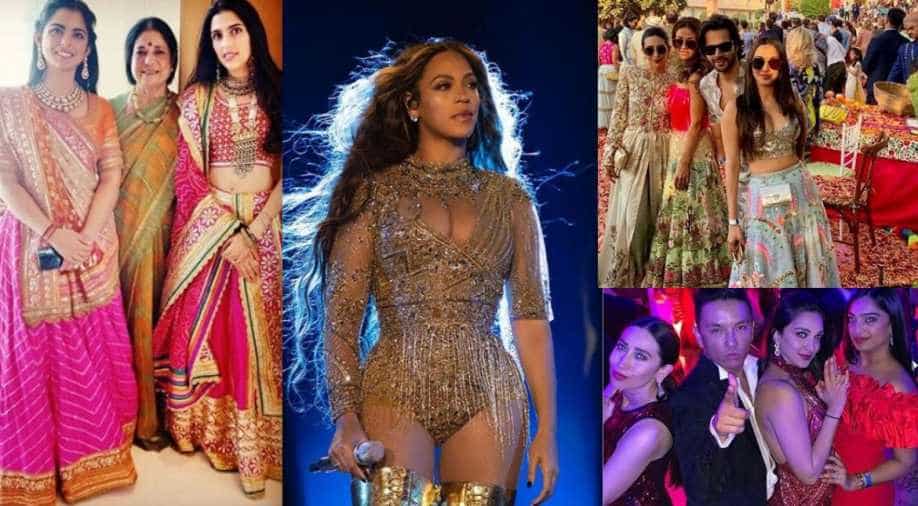 Mukesh Ambani's daughter, Isha, will tie the knot with her fiance, Anand Piramal in Mumbai today.

Mukesh Ambani’s daughter, Isha, is set to tie the knot with fiance Anand Piramal today as Antilia in Mumbai gets decked up in lights and beautiful flower arrangements for the big day.

The wedding is expected to be the grandest that the country has seen this year, with the attendance of whos-who at the party. It follows an elaborate set of pre-wedding functions in Udaipur where the entire Ambani family was spotted with close friends and family (including all of Bollywood) that danced and swayed with Isha. Among other celebs, Hillary Clinton and Beyonce were spotted. The latter even performed at the function.

The Queen B charges a stupendous amount for any private function but when has that ever stopped one of the richest men in the world, Mukesh Ambani.

Apparently, according to multiple media reports, Beyonce charges anywhere between $3 and $4 million for a private performance -- which is Rs 21-28 crore.

According to Time magazine, the singer charged more than $3 million for performing at this year’s Coachella festival, but organisers had previously hinted that headliners could charge close to $4 million per gig. Coachella co-founder Paul Tollett said at the time: “the headliners (such as) Radiohead, Beyoncé, and Kendrick Lamar, respectively... would receive between three and four million dollars for playing.”

But this is not where it all ends as its said that Mukesh Ambani shelled out over $100 million for his daughter’s wedding parties, which saw several Indian and international celebrities, such as actors Shah Rukh Khan, Aamir Khan, Salman Khan, Katrina Kaif, Ranveer Singh, Deepika Padukone, Ranveer Singh; cricketer Sachin Tendulkar; and politician Hillary Clinton in attendance. See photos from the pre-wedding functions.