Isha Ambani to wed Anand Piramal on Wednesday; Antilla all decked up 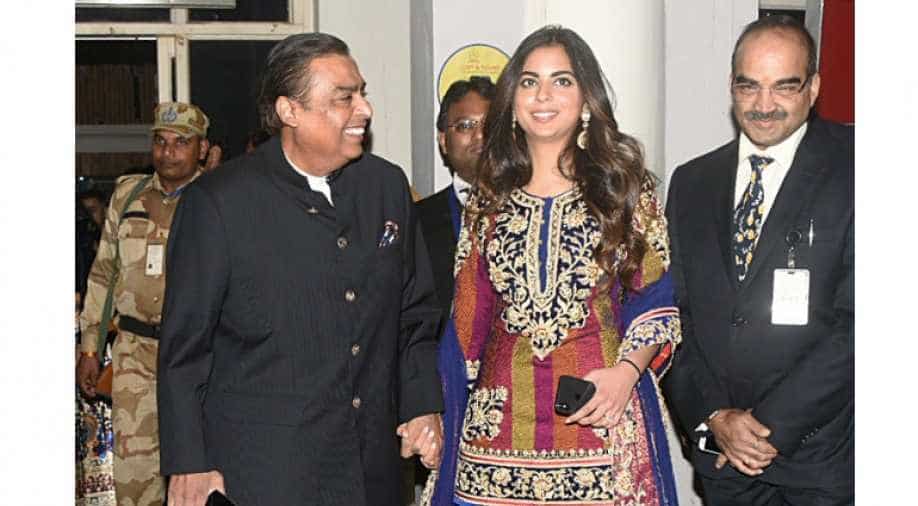 The wedding, which is billed as the India Inc's most expensive yet, will be held at Antilla tower, located in the tony Peddar Road area of the megapolis. The security arrangements are understandably very high across the locality.

The 27-storey Antilla, one of the world's most expensive private residences, is all decked up to host the wedding of the year, as its owner Mukesh Ambani's only daughter Isha marries Anand Piramal Wednesday.

The wedding festivities, which also include a two-day pre-wedding extravaganza in Udaipur, are expected to cost upward of USD 10 million, say Reliance insiders, though some reports pegged the tab at USD 100 million for India Inc's most expensive wedding.

The Ambanis will do an encore as Isha's twin brother Akash is also walking down the aisle some time next year.

Unlike the Udaipur affair, which saw a wide an array of guests, including former US first-lady Hillary Clinton, global bankers and Bollywood stars, the nuptials are expected to be a smaller affair with much a pruned list of guests who may number around 600.

A few senior politicians, including Pranab Mukherjee, Rajnath Singh, Prakash Javadekar, Mamta Banerjee, Vijay Rupani, Chandrababu Naidu and Devendra Fadnavis among others have confirmed their presence for the Wednesday evening jamboree, according to sources.

However, there was no confirmation on whether Prime Minister Narendra Modi will be dropping in, the police said.

The wedding, which is billed as the India Inc's most expensive yet, will be held at Antilla tower, located in the tony Peddar Road area of the megapolis. The security arrangements are understandably very high across the locality.

Guests have already started trickling into the 27- storey tower-house and specially booked hotels nearby from early Tuesday and the traffic police said the guest movements during the morning peak hours resulted in a bit of snarls.

The guest-list is limited to around 600 and is restricted to close relatives of the families and friends, sources said, adding up to half of the guest list are immediate family members of the bride and the groom.

After the wedding, the Piramal family will host a reception Thursday, which will be followed with an open-air wedding reception hosted by the Ambanis Friday at a garden in the centre of the swanky BKC business district.

There is also a separate do for the employees of both Reliance Industries and Piramal Group Saturday, they say.

Oscar and Grammy-winning music director AR Rehman and tabla maestro Zakir Hussain are expected to play at the BKC dos, say the sources.

The police said there is already a high presence of their personnel in the Peddar Road area, which will be increased a notch further for the wedding because of the presence of VVIPs.

The Antilla has huge wall on the perimeter and is guarded by multiple private guards.

At the Udaipur do, there were choreographed song and dance sequences featuring the Ambani family members, including the bride's mother Nita and Isha herself. American pop icon Beyonce also performed at the Udaipur event.