'The Crown' Season 4: Gillian Anderson reveals how she prepared for her role as Margaret Thatcher 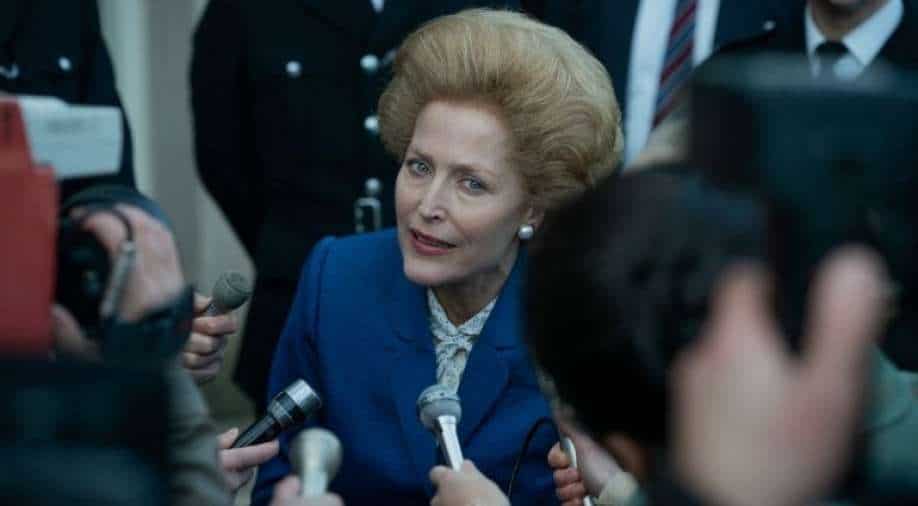 About the look of Margaret Thatcher, Gillian Anderson reveals there was one item of clothing which she was particularly glad to remove at the end of the day.

Gillian Anderson is the talk of the town for her impeccable portrayal of Margaret Thatcher in 'The Crown' season 4. The actor opened up about her role and the preparation that went behind it.

"I started with her childhood, reading about her parents, her sister, her childhood, going to school in Lincolnshire, and working in the shop and all of that," says Anderson.

"I read biographies, Charles Moore’s biography, and her autobiography. There’s so much stuff out there, there’s so much video, she’s really well covered. I watched pretty much everything I could get my hands on. There’s a doc that came out last year (Thatcher: A British Revolution), that’s a good one. And then obviously [I] worked with people on voice and movement and collaborated with hair and makeup and costume teams. Full on!"

About the look of Thatcher, Anderson reveals there was one item of clothing which she was particularly glad to remove at the end of the day.

"I have to say the stockings that they found for me to wear were some of the most uncomfortable I've ever put on in my life," says the actor. "I wore a bit of a bodysuit to pad me out a bit. That wasn't particularly comfortable. It wasn't about my comfort or my sense of style, but it certainly put together a look for Thatcher that I think everybody was pleased with."

Also read: 'The Crown' Season 6: Here's everything to know about the final season

Anderson explains that much attention was paid to recreating Thatcher's hair.

"The hair, it took a long time to get it right," says the actress. "There were two wigs, one for the first half and one that was slightly different for the second half, that I think had a bit more red in it. So, that took some time, to not be too big, to get the coif just right. Also, we had discussed whether or not I was going to wear teeth because her teeth were such a big part of her personality as well. She had really bad teeth. We tried prosthetics, but they ended up being too over top. We tried Blu Tack up in my gums at one point to see whether that would work. In the end, I discovered I just needed to act."

The fourth season of 'The Crown' also Olivia Colman, Helena Bonham Carter, Tobias Menzies, Josh O'Connor, and Emma Corrin, among others and is now streaming on Netflix.