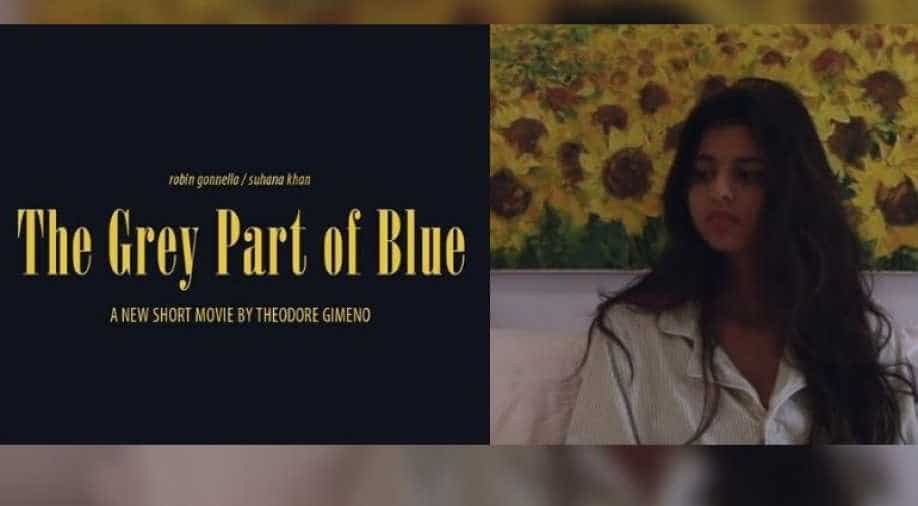 Suhana Khan's acting debut The Grey Part of Blue is out Photograph:( Twitter )

Suhana's earlier also essayed the role of Juliet in a theatrical adaptation of  William Shakespeare's 'Romeo And Juliet'.

Srk's little princess Suhana Khan has marked her debut in the film world.

Suhana's much-awaited short film ‘The Grey Part Of Blue’ has made it to the internet. Directed and written by Theodore Gimeno, a story based on a young couple played by Suhana and Robin Gonella. Taking a trip to the girl's home, while dealing with their relationship issues.

While Sharing the film on YouTube, the director wrote, Really excited to finally bring to you this project I've been working on for the past year! I've been immensely lucky to work with such an amazing group of people: cast, crew, and friends that helped me turn this idea into something real! So that's really awesome. And hopefully, you will have enjoyed it too! Thank you!

A lot of viewers and Srk's die-hard fan praised 19-year-old delightful debut. A user wrote, ''The expression and the innocence in their eyes took my heart away. Suhana has made it extraordinary. Theodore Gimeno, so nicely directed. The story of a young college-going couple. Omg can't stop me from praising this,''.

While another wished her good luck by writing, ''I wish Suhana a great welcome into the world of films and entertainment. I hope she can go far and make a fantastic career like her father SRK did. All the best!'' 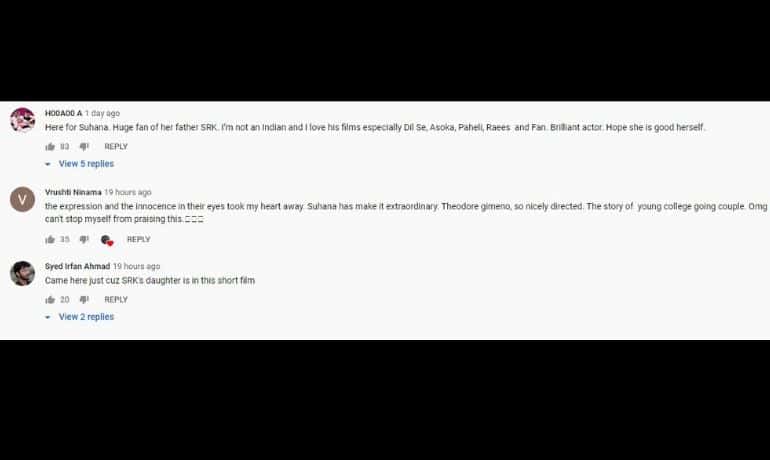 Suhana's earlier also essayed the role of Juliet in a theatrical adaptation of  William Shakespeare's 'Romeo And Juliet', that King Khan took to his Instagram to share his excitement.

With my Juliet in London. What a wonderful experience and exceptional performances by the whole cast. Congratulations to the whole team.

Currently, Suhana is pursuing her studies at New York University.