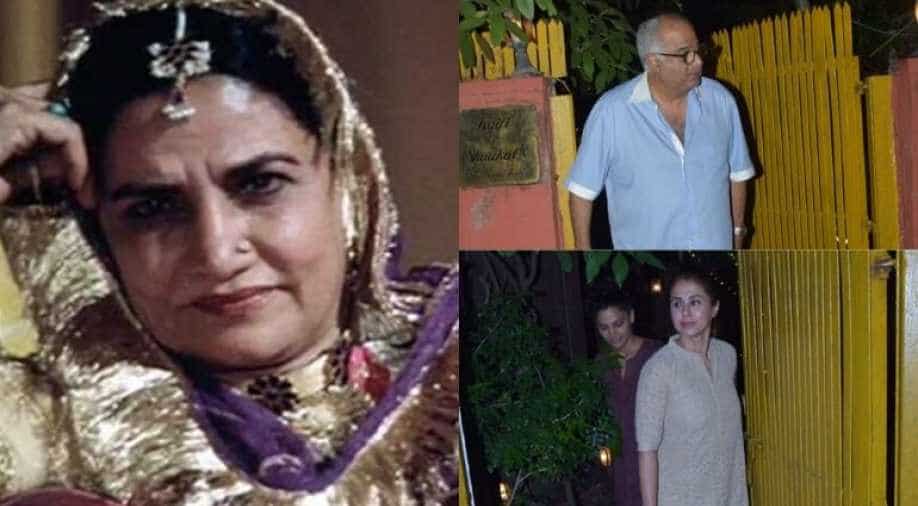 Veteran actor and Shabana Azmi's mother Shaukat kaifi passed away in Mumbai on Friday. The actress suffered a cardiac arrest. She was 93.

Kaifi’s son-in-law, veteran writer-lyricist Javed Akhtar, confirmed the news of the demise of the theatre and film actor.

Legendary actor Shaukat Kaifi left for her heavenly abode this evening at 5pm due to cardiac arrest. She was 91years old.Her husband was the Urdu poet and film lyricist, Kaifi Azmi. She leaves behind her children Shabana and Baba Azmi. #shaukatkaifi #rip 🙏

Bollywood celebs reach out to pay condolence to the actor.

Kaifi was married to late Urdu poet Kaifi Azmi and had two children with him - Shabana and Baba.

From 'Umraao Jaan' to Mira Nair's Oscar-nominated film 'Salaam Bombay!', the renowned late actor has starred in a number of movies and was last seen in Vivek Oberoi and Rani Mukerji starrer 'Saathiya', which was released in 2002.