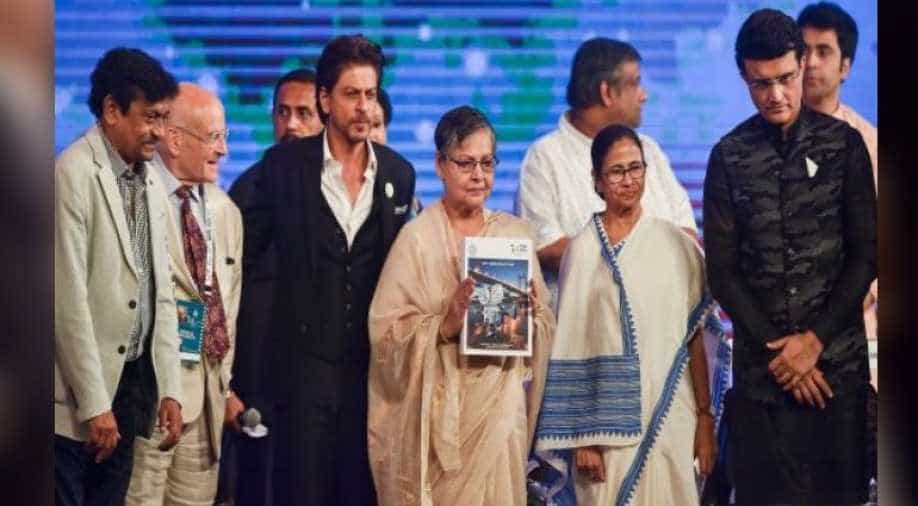 The festival will showcase 367 films, including 214 feature films and 153 short-documentary works. 76 countries will be screened during the eight-day festival.

Kolkata welcomed one of its favorite superstars, and ambassador, at the 25th Kolkata International Film Festival (KIFF) on Friday.

Shah Rukh Khan inaugurated the event on Friday in the presence of CM Mamata Banerjee,  BCCI President Sourav Ganguly, and Hollywood actress Andie MacDowell. The 'Sex, Lies and Videotapes' actress in on a two weeks trip to the country. This is her maiden visit to India.

In her inaugural speech, Banerjee introduced Shah Rukh as her ''beloved brother''. He has made a name for himself all over the world now. He still has no pride. He loves human beings and humanity,” she said.

Event videos that have been all over social media show the  CM affectionately scolding King Khan when he asked for ''chutti''. ''If you do the chutti, I will do the katti'' she said.

SRK also shared some emotional moments with Rakhi Gulzar who was also present at the event. Rakhi, who played SRK's mother role in the movie 'Baazigar', now lives a quiet life away from media glare and rarely attends film functions but made an exception on Friday. The veteran actress was seen teaching Bengali to SRK at the event.

The dignitaries, the audience everyone is in awe as Rakhi Ji teaches SRK to speak in Bangla ❤️ And the words of SRK sound the sweetest, RT if you agree pic.twitter.com/pwJAylQihk

Ace director Mahesh Bhatt also celebrated the diversity of the country, by addressing the event. Bhatt said ''We are living in a dangerous time… when we are the most divided. That's why we need storytellers who can tell stories that will bring us together''.

Actor turned politician Nusrat Jahan, graced the evening by her presence as she presented the 25th KIFF Commemoration trophy to King Khan.

The festival will showcase 367 films, including 214 feature films and 153 short-documentary works.  76 countries will be screened during the eight-day festival.