Sabrina Carpenter is 'very excited' to collaborate with Joshua Bassett 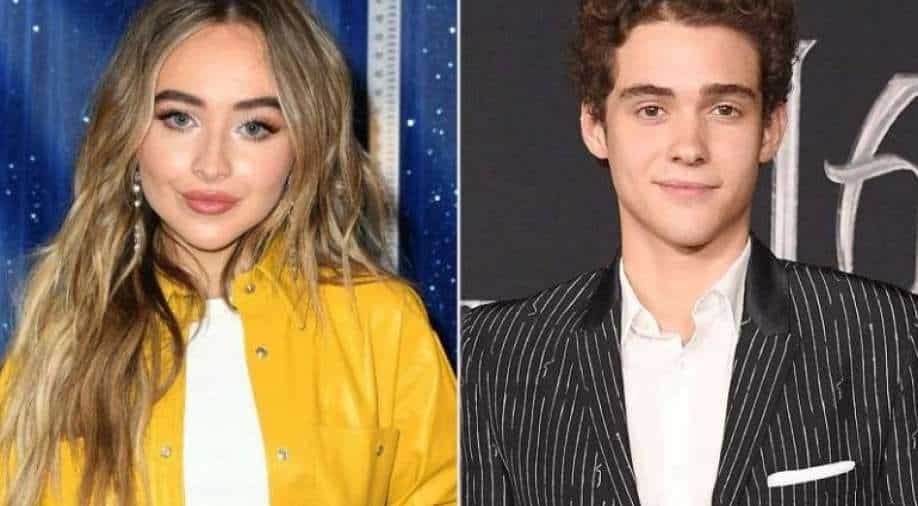 Carpenter and Bassett's collaboration comes as the two are involved in a fan-made musical feud involving the actor's co-star and rumored ex, Olivia Rodrigo.

Sabrina Carpenter and Joshua Bassett have something exciting cooking. The 21-year-old singer gave a little insight on her and 'The High School Musical: The Musical: The Series' star's upcoming collaboration. Titled 'We Both Know,' Carpenter expressed that the song is "very dear" to her heart.

In an interview, Sabrina said, "I can't say too much and it's on his project so I'm like, I don't want to say too much that I can't say. But it's a collaboration very dear to my heart that I'm very excited about."

Carpenter added that she and Bassett, her rumored boyfriend, worked on it "a while ago. I guess you'll have to see."

Bassett previously opened up about how the collaboration came to be, after writing the song he reached out to Carpenter on Instagram to see if she'd be interested in working together.

"I sent her a quick message and was like, 'Hey I think you're really awesome and I have this song I think you would sound great on, let me know what you think,'" he recalled. "And she responded like ten minutes later, gave me her number, and I sent her the song. Fortunately, she liked it so we got together in the studio and it was just a blast to make."

Carpenter and Bassett's collaboration comes as the two are involved in a fan-made musical feud involving the actor's co-star and rumored ex, Olivia Rodrigo.

Bassett, Carpenter, and Rodrigo have been the subject of a social media frenzy since Rodrigo, 17, released her debut single "drivers license," a breakup ballad seemingly inspired by a messy split from Bassett, her 'High School Musical: The Musical: The Series' costar.

Rodrigo's track had the lyric: "And you're probably with that blonde girl/ Who always made me doubt/ She's so much older than me/ She's everything I'm insecure about. Fans soon speculated the "blonde" Rodrigo referenced is Carpenter, 21, who has been seen spending time with Bassett, 20, over the last several months.

Soon after, Carpenter dropped 'Skin,' an emotional pop 'answer-song' that is seemingly a direct response to Rodrigo's claims. "Maybe you didn't mean it/ Maybe blonde was the only rhyme," she sings on the track.

In one of her earlier interviews, Carpenter opened up about her writing process, saying her songs are a reflection of what is happening in her life.

"I definitely felt that within the songs that I was writing, it wasn't so much struggling with my identity, as struggling with coming to terms with who I am," she said at the time. "I feel like this past year is definitely — ups and downs-wise — like a roller coaster. It's taught me a lot, that's for sure. But it also stretched me to different places that I didn't think that I could go before."