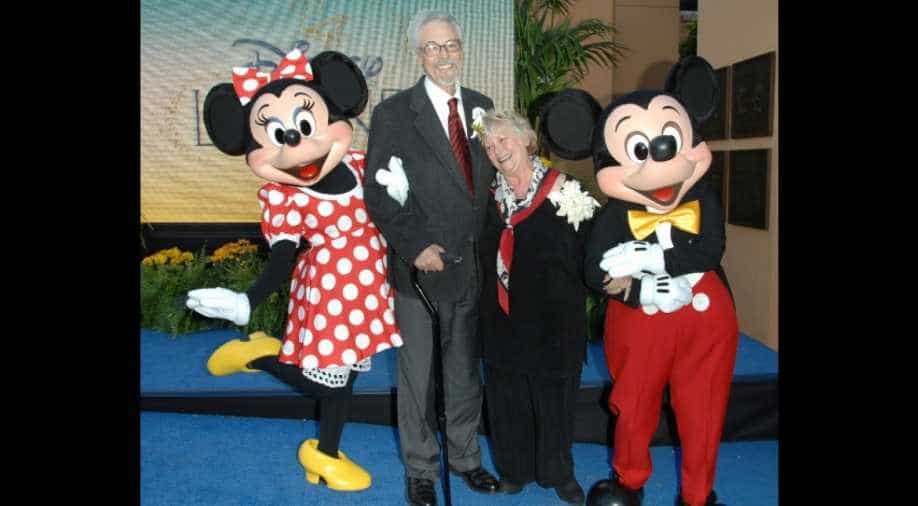 Minnie Mouse voice actor Russi Taylor is pictured in this October 13, 2008 photo with her husband, Wayne Allwine, who provided the voice for Mickey Mouse Photograph:( AFP )

In heartbreaking news, Disney’s official voice of Minnie Mouse, Russi Taylor died at the age of 75.

The entertainment giant announced the news on Saturday as Russi died after voicing one of the world’s most-loved comic characters for more than three decades.

Bob Iger, chairman and chief executive of The Walt Disney Company, said in a statement, "Minnie Mouse lost her voice with the passing of Russi Taylor. For more than 30 years, Minnie and Russi worked together to entertain millions around the world - a partnership that made Minnie a global icon and Russi a Disney Legend beloved by fans everywhere. We take comfort in the knowledge that her work will continue to entertain and inspire for generations to come.”

The company did not give the cause of death.

Russi had auditioned for the character in 1986 when she was picked from among 200 candidates for the job. She went on to get married to Wayne Allwine, who voiced Mickey Mouse. They met at the hallway of a studio as he was coming out from a session. They got married in 1991 but generally "kept it quiet.

In an earlier interview, she said, “We didn't want it to be about Mickey and Minnie being married. It was about Wayne and Russi being married. We had the best time. We laughed a lot. We were always singing. We always had music in the house."