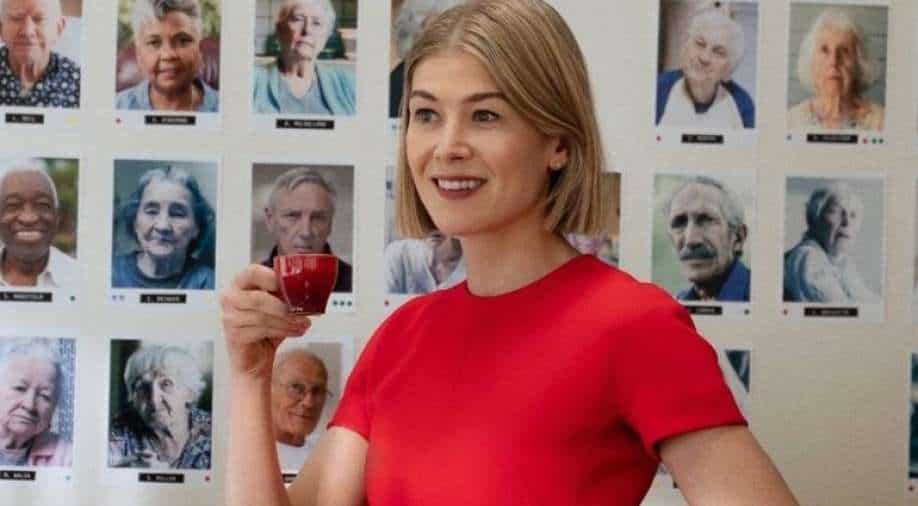 Rosamund Pike, known for films such as Gone Girl and I Care A Lot, most recently featured in the Amazon series 'The Wheel of Time'.

British star Rosamund Pike will headline the upcoming pandemic thriller Rich Flu. Spanish director Galder Gaztelu-Urrutia will helm the movie from a script by Pedro Rivero and Gaztelu-Urrutia, as per The Hollywood Reporter.

Rich Flu sees a strange disease killing off some of the richest and most influential people on the planet starting with the billionaires, then the multi-millionaires and so on.

“Now it threatens to strike anyone with any sort of fortune, and no one knows where it might end. With the whole planet panicking and humankind’s very way of life headed for collapse, people attempt to flood the market with assets the world no longer wants. The thriller explores how far one would go to save their skin when the wealth that made the world go round suddenly becomes its most dangerous commodity,” the official plotline read.

The movie is also produced by Adrian Guerra and Nuria Valls for Nostromo Pictures along with Carlos Juarez, Gaztelu-Urrutia and Albert Soler. It will start production later this year.

Rosamund Pike, known for films such as Gone Girl and I Care A Lot, most recently featured in the Amazon series 'The Wheel of Time'.