'Roja' stars Madhoo, Arvind Swamy to get back together after 28 years in 'Thalaivi' 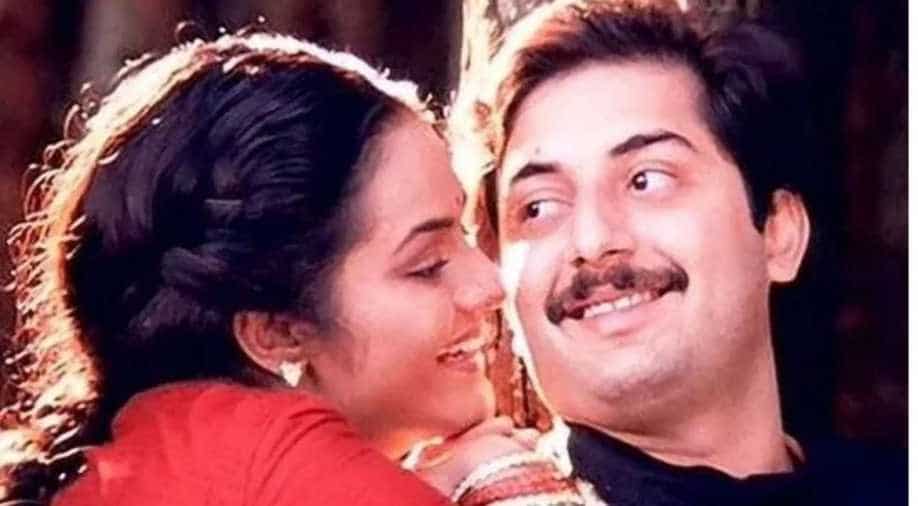 ‘Thalaivi’ is a film based on the life of former Tamil Nadu Chief Minister J Jayalalithaa.

Veteran actress Madhoo Shah and Arvind Swamy will get back together after 28 years on the screen, after they starred in hit film ‘Roja’. Madhoo and Arvind will star together in ‘Thalaivi’ -- in which Kangana Ranaut plays the role of J Jayalalithaa in the biopic.

Madhoo will play late politician-actor MG Ramachandran aka MGR's wife Janaki Devi in ‘Thalaivi’. She will be paired opposite Arvind Swamy, who is reprising the role of MGR in the film. 'Thalaivi' teaser: Kangana Ranaut looks awe-inspiring in her look as Jayalalithaa

‘Thalaivi’ is a film based on the life of former Tamil Nadu Chief Minister J Jayalalithaa. 'Thalaivi': Kangana Ranaut looks an exact replica of Jayalalithaa in the new pictures

Madhoo and Arvind Swamy had teamed up for the first time in director Mani Ratnam's ‘Roja’. The film marked composer AR Rahman's debut in Kollywood.

‘Thalaivi’ is directed by AL Vijay.

Suriya shines as a lawyer in 'Jai Bhim', film to premiere this Diwali on Amazon Prime