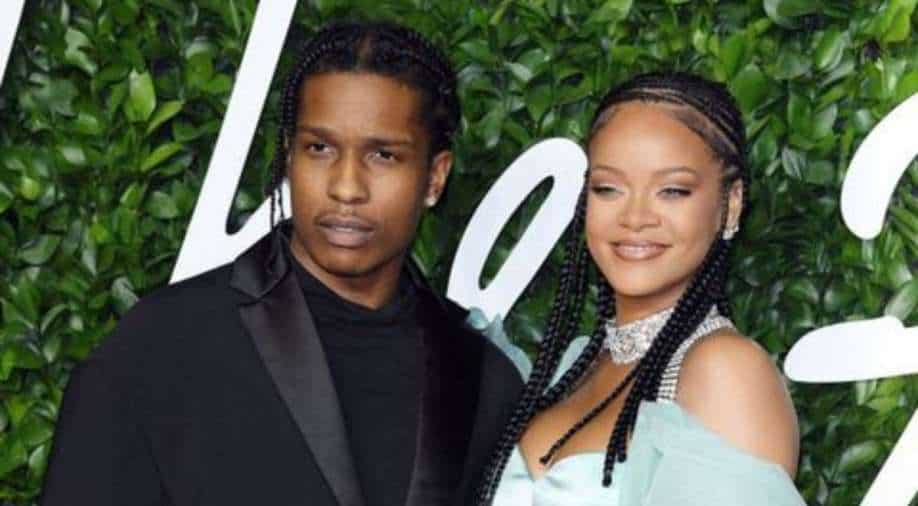 Rihanna gave birth to a baby boy in May this year Photograph:( Instagram )

Rihanna reached London’s Wireless Festival to support her beau A$AP Rocky for his performance. This marks her first public appearance post welcoming a baby boy in May.

Looking drop-dead gorgeous in an all-black attire featuring an oversized jacket, a pair of pants and a top, Rihanna made her first public appearance after delivering a baby boy and reached London’s Wireless Festival to support her beau.

A video of the Fenty Beauty mogul is going viral on social media. In the short clip, she is seen making her way through the crowd while the rapper-singer performed on stage.

With her puffy black jacket, she paired silver hoop earrings and a chain necklace. RiRi looked every bit gorgeous as she cheered for A$AP Rocky.

Rihanna spotted out for the first time since giving birth in May at Wireless Fest in London. A$AP Rocky is headlining.
pic.twitter.com/6SjjuOrrMf

Recently, Rihanna was also spotted at a local barber shop in South London with her beau A$AP. The power couple made an unexpected appearance at the shop located in Anerley Hill, Crystal Palace.

As soon as the fans got to know about the surprise visit, they rushed to the shop. Several videos of the singer getting mobbed by fans are going viral on social media.

In the viral clips, hundreds of fans can be seen screaming outside the shop as the singer, dressed in a dark top, filmed the reaction from within.

Rihanna gave birth to a baby boy on the 13th of May in Los Angeles. She announced her pregnancy in January 2022. They are yet to announce the name of their child.